Premier League to introduce five substitutes from next season 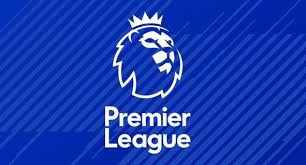 Premier League clubs have agreed to five substitutes being permitted per match from next season, while the summer transfer window dates have been revealed.

Top-flight clubs voted in favour of the substitution rule change at a shareholder meeting of all 20 Premier League clubs on Thursday.

Five substitutes were originally introduced in May 2020 due to the coronavirus pandemic, but the league reverted back to three subs for the 2020/21 season and this campaign.

Previously, teams had voted against the introduction of five substitutes on several occasions in the past two years.

The Premier League have also confirmed the summer transfer window will open on Friday June 10 and will close at 11pm on Thursday September 1.

The league also announced a change to Covid-19 testing, with only symptomatic individuals to be tested from Monday.

“Clubs agreed to change the rules relating to substitute players. From next season, clubs will be permitted to use five substitutions, to be made on three occasions during a match, with an additional opportunity at half-time. A total of nine substitutes can be named on the team sheet.

“It was also confirmed that the Summer 2022 Transfer Window will open on 10 June and will close at 23:00 BST on 1 September in line with other European leagues.

“In addition, the Premier League has today updated its remaining COVID-19 measures.

“From 4 April, the League will remove twice-weekly COVID-19 testing of players and staff and move to symptomatic testing only. Other key updates include the removal of the requirement for clinical passports to access previously restricted areas at training grounds and on match days as the Premier League returns to business-as-usual operations.

“The wellbeing of players and staff remains a priority and the Premier League will continue to monitor the national COVID-19 situation and adapt League-wide protocols as required, in line with the latest guidance from public health authorities and medical experts.”

What have managers said about five subs?

In December 2021, Liverpool manager Jurgen Klopp said players were “at the edge” due to the demands of the fixture schedule and absences caused by Covid, and called for five subs.

“We have to put the competition aside and don’t say that Man City has better subs than Burnley or whatever,” said the German. “Yes that’s probably true. But the problem is the intensity for a top-class footballer in England is definitely at the edge.

“You bring players back after Covid or after an injury, and because of the games we have to play they have to play immediately. Then they are out again because you cannot get them off after 60 minutes because you have to change other things.

“This wonderful game is so wonderful because usually the players on the pitch are in good shape, are well-trained, have recovered and go for it. That’s why we love the game.

In December 2020, Guardiola said: “All around the world it’s five substitutions, but here we believe we are more special people.

“We don’t protect the players, and that’s why it’s a disaster. In this calendar, especially. I will demand, if the people allow, we have to come back to five substitutions. If not, it’s difficult to sustain it.”

“I think the situation is very serious and very challenging so if we decided to keep on playing at least we should have five changes to control the load.”

But some – such as Sean Dyche, the Burnley manager – believed allowing five subs disproportionately benefits bigger clubs, such as Liverpool.

“I think it quite obviously favours the big clubs because they can keep more players happy and more players involved by making more changes,” Dyche said in July 2020.

“A lot of football often does. We all had to change the size of our home pitches to make sure they aligned with the big clubs who were in Europe.

“It could be a slightly calmer situation for managers [of bigger clubs] with players who get slightly disgruntled than if they’re out of the team and out of the squad.”