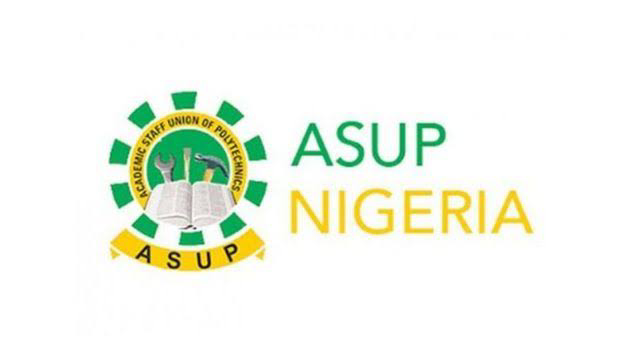 The Academic Staff Union of Polytechnics (ASUP) has said it will commence a two-week strike from May 16, 2022

ASUP, in a statement released on Wednesday, said it took the decision after an emergency National Executive Council meeting held on Wednesday.

The polytechnic lecturer’s strikes come a day after their counterparts Academic Staff Union of Universities (ASUU) extended their ongoing strike by three months.

“Following exhaustive deliberations, on the update as outlined above, the emergency meeting of the Union’s National Executive Council has resolved that members should withdraw their services in a two weeks industrial action with effect from Monday, 16th of May 2022,” the statement read.

“We are deploying this medium to equally appeal to members of the public to prevail on the government to do the needful within the 2 weeks period so as to avoid an indefinite shut down of the sector.”

Justifying the strike, the union said in June last year, it had suspended its industrial action which started on April 6, after it signed a memorandum of action (MoA) with the government

ASUP, however, claimed that the federal government failed to honour its agreement with the union after nine months despite issuing a one-month ultimatum on April 4, 2022.

According to the statement, the union’s unmet demands by the federal government include, “none release of the approved revitalisation fund for the sector: Approved N15bn yet to be released 11 months after approval by the President.”

Others are: “None release of arrears of the new minimum wage: The owed 10 months arrears for the Polytechnics is yet to be released. The composite amount covering all Federal Tertiary Institutions to the approximate figure of N19bn currently exists as an AIE in the Accountant Generals Office.

“None release of the reviewed normative instruments for institution/management and programmes accreditation: The document is currently awaiting approval of the Management of NBTE.

“This document is expected to provide a framework to address non-payment of salaries in state-owned institutions, non-compliance with approved retirement age, non-deployment of approved salary structures, poor governance structure as well as other issues affecting standards, particularly in state-owned Polytechnics.”

The development comes amid the ongoing strike by the Academic Staff Union of Universities (ASUU).

PREVIOUS POST INEC to suspend online voter registration on May 30
NEXT POST SGF Directs Ambassadors, Heads Of Agencies, Others With Political Ambition To Resign