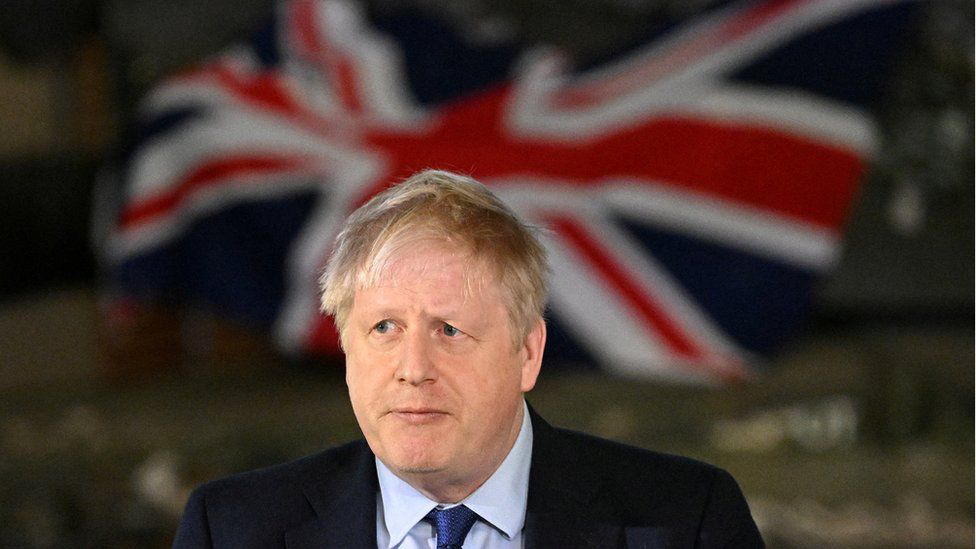 Prime Minister Boris Johnson on Monday (March 7) defended the UK’s policy on accepting refugees fleeing Russia’s invasion of Ukraine, after criticism that the government had so far only granted about 50 visas under its scheme.

Mr Johnson, who met his Canadian and Dutch counterparts Justin Trudeau and Mark Rutte on Monday, said “the UK will be as generous as we can possibly be”.

But he added that it would not “simply abandon (security) controls altogether”.

“We’re processing thousands as I speak to you and clearly this crisis is evolving the whole time,” he told UK media.

“We have two very, very generous routes already – the family reunion route, which is uncapped, which could potentially see hundreds of thousands of people come to this country, plus the humanitarian route.”

London has gradually extended the family scheme to now cover parents, grandparents, siblings and “immediate family” of those already in the UK.

The government said that, as of Sunday, around 50 Ukrainians had been granted visas under the scheme for those with family links to Britain, out of the 5,535 people who applied within 48 hours of the scheme’s launch.

More than 10,000 have now applied in total under the scheme, the government said on Monday.

Under the humanitarian route, refugees can be sponsored by individuals, communities or organisations.

But France has accused Britain of a “lack of humanity” after saying that 150 refugees were turned back at the Channel port of Calais.

Scotland’s First Minister Nicola Sturgeon said it was “unconscionable” for people who had fled fighting to have to “jump through bureaucratic hoops” to apply for a visa.

More than 1.7 million people are estimated to have fled Ukraine since Russia’s invasion began on Feb 24, with over one million arriving in Poland alone.

Mr Johnson claimed Russian President Vladimir Putin had been surprised by “the levels of Western unity” in opposition to the invasion, particularly over economic sanctions.

“We certainly want to go as fast as possible. That’s why I’ve got Marc Rutte and Justin Trudeau with me today,” said Mr Johnson, adding that “nothing was off the table” in terms of economic action.

“We’ve got to recognise that we’ve got to do more on sanctions. There’s more that the world can do on banking,” he said.