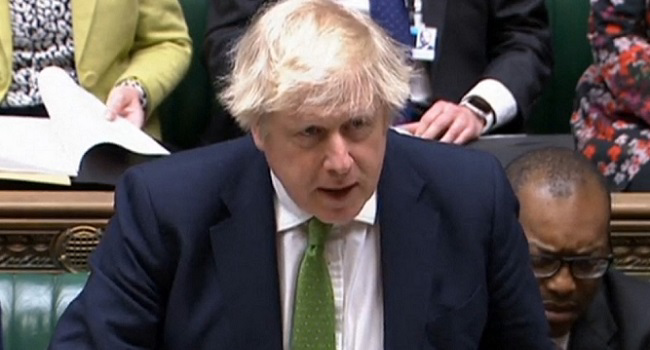 Labour has branded Boris Johnson a “national embarrassment” after it was suggested he may have become the first British Prime Minister to be questioned under police caution over the Partygate saga.

A copy of the police questionnaire sent to Downing Street staff following Partygate allegations was leaked to ITV news on Tuesday night.

The Metropolitan Police is investigating 12 events, including as many as six which the prime minister is reported to have attended.

The investigations follow allegations of frequent and excessive drinking by Downing Street staff, to the extent where a wine fridge was purchased and staff were dispatched to local supermarkets to fill a suitcase with wine.

Mr Johnson has completed the questionnaire in relation to alleged parties, which the Met previously said had “formal legal status and must be answered truthfully”.

The documents shared by ITV News appear to show a police caution advising those receiving the documents that they “do not have to say anything but it may harm your defence if you do not mention we questioned something which you later rely on in court”.

Respondents are advised to “ensure the caution is read and understood prior to any answers to questions being provided”.

According to ITV News, the document states that those sent the questionnaire are being provided with the “opportunity to cooperate with police in the form of a written statement under caution”.

ITV News said it asks around a dozen questions.