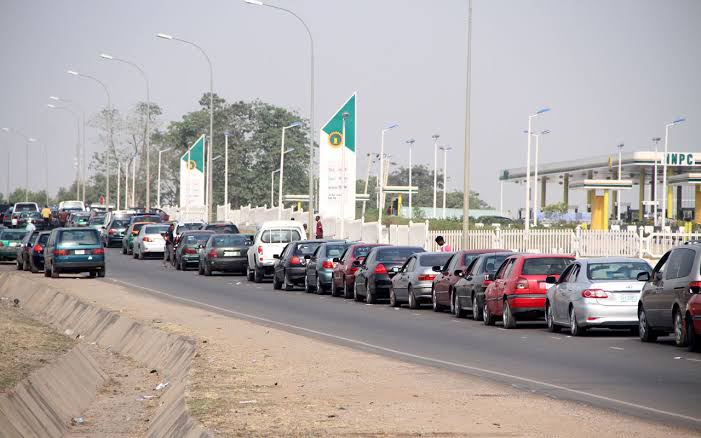 Private depots have raised the price of petrol by 6.7 percent to N240 per litre this week, from about N225 per litre the previous week.

This came as the Independent Petroleum Marketers Association of Nigeria, IPMAN, said the current petrol scarcity might continue till June 2023 when the government was expected to remove its subsidy.

Mike Osatuyi, national operations controller, IPMAN, made this known. The setback, Osatuyi said, was that oil marketers failed to get their products at government-approved prices, which automatically pushed prices up at various pumps.

He said independent marketers were getting petrol from depots at N240 per liter, excluding transportation.

It is a terrible situation and that is where we are. This is the status update from yesterday night.

“There is rent and arbitrage and they are not giving us the product at the official price even though they (government) promised to do so.”

Osatuyi added that “it is until the federal government removes subsidy on petrol that all these (petrol scarcity) will be over”.

However, he said there is hope that normalcy may return to the fuel situation in a few days’ time.

“There is hope in sight by the middle of the month but not immediately,” Osatuyi said.

He said the solution to the lingering situation was to deregulate the downstream sector in June, as promised by the government.