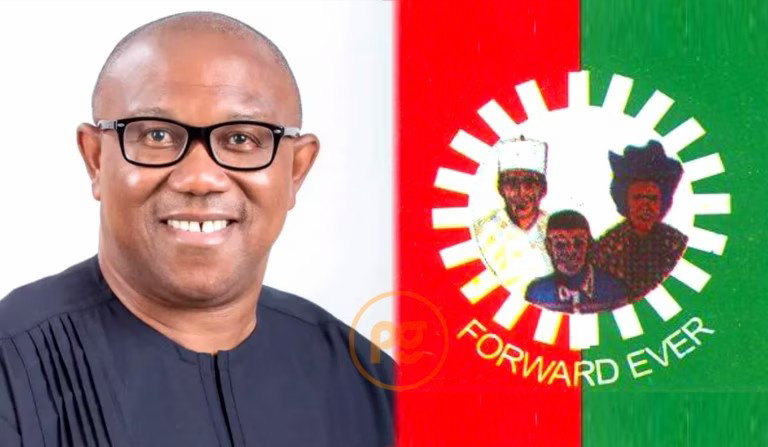 The Presidential Campaign Organisation of Labour Party Candidate, Peter Obi, has announced a plan to present its list of council nominees to Nigerians on Wednesday.

This was disclosed in an invitation card shared by the Director General of the Peter Obi Presidential Campaign Organisation, Doyin Okupe.

The development is coming four days after the LP presidential candidate launched an official website to promote his political campaign and solicit funds ahead of the 2023 presidential election.

Obi, who encouraged his supporters to visit the official campaign website for the Obi-Datti Campaign organisation, disclosed that donations from willing donors could also be made through the platform.

A source within the party accused the camp of Okupe of coming up with programmes without the input of the party leadership.

As of the time of filing this story, the National Publicity of the Party, Abayomi Arabambi, could not be reached for reaction.

But National Youth Leader of Labour Party and the Edo North Senatorial Candidate, Anselm Eragbe, told The PUNCH that there was no crack in the party as alleged.

“I can tell you there is no fracas and there are no issues anywhere. So tomorrow, the presidential campaign headed by the DG of the Presidential Campaign Organisation will unveil the programmes and the members of the council.

“All members of the Labour Party will be there together to conduct the event. On Thursday, the LP will have its NWC meeting arising from tomorrow’s event and on Saturday, the National Youth Leader will have a World Press Conference to prepare the youth of Nigerian for action.”

When asked if it is apt for such an event to hold in the absence of the presidential candidate of LP, who is still not back in the country, Eragbe disagreed.

“Peter Obi is coming in tonight. But depending on his schedule, the event can be held in his absence anyway. Besides, the programme has been agreed upon by the campaign committee to be unveiled. There are no issues really,” he said