Peter Obi Says He Won’t Probe Past Administrations If Elected 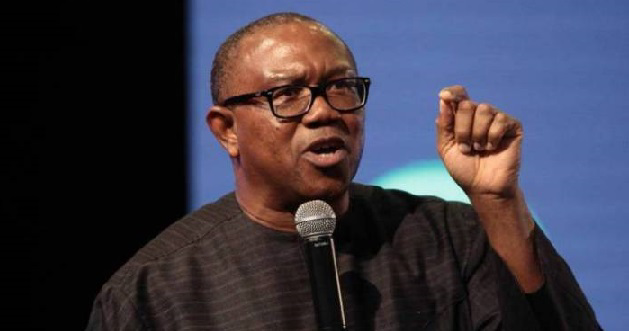 The Presidential Candidate of the Labour Party, Peter Obi, has said that his government if elected in 2023 will not probe past administrations, adding “those who only look at yesterday and today will miss tomorrow”.

The former governor of Anambra State, who stated this while fielding questions from journalists shortly after unveiling Senator Datti Baba-Ahmed as his running mate, said that instead of chasing thieves, his government would rather block leakages in the system and move forward.

According to him, “As for probing the past government, let me tell you; you see me argue that you can’t close your shop and be chasing thieves, those who only look at yesterday and today will miss tomorrow. God did not give us eyes at the back, mine is to look forward.

“If you come into the government today and decide to stop the leakage first, you will get more. I am not going to be part of any form of victimisation or witch-hunt, it won’t happen. Nigerians must live within law and order.

“But I can tell you right away. If you, the principal person, the local government chairman, the governor or the President are not stealing, your family is not, and those around you are not, you will reduce it by 70 per cent.”

Obi unveiled Baba-Ahmed as his running mate and one of the reasons, he picked him was based on his intellectual capacity and professional accomplishments, which will be deployed in the effort to free Nigeria from the archaic politics of ethnicity.

“We made this choice of Datti, and I sat down and discussed it. I said to him, what we are doing is not just the two of us.

“We are bringing all Nigerians into this big tent where everybody will be involved because we want to end the primitive politics of ethnicity and religion. What we want now is to replace that with competence,” he said.