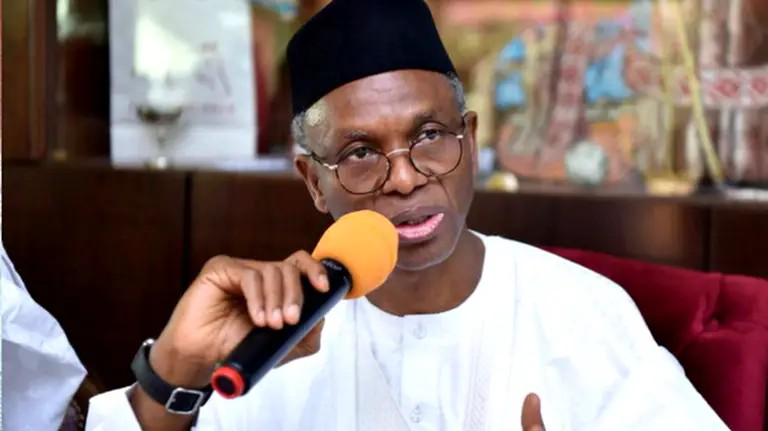 Governor Nasir El-Rufai of Kaduna State has how  the presidential candidate of Labour Party, Peter Obi arrested him in Anambra state when Obi was the governor of the state in 2013.

El-Rufai, who made this disclosure at an interactive session of Arewa Joint Committee in Kaduna on Monday, stated that Obi arrested and detained him for 48 hours.

According to El-Rufai, Obi was seeking a second term in office on the platform of the All Progressives Grand Alliance (APGA) at the time.

El-Rufai stated that he (El-Rufai) visited Anambra to monitor the state’s governorship bye-election at the time.

He said, “In 2013, I went to Anambra State as an official of the APC to witness the bye-election for governorship.

“Your next guest, Peter Obi, as governor, got me arrested and detained for 48 hours in my hotel room.

“Now I’m the Governor of Kaduna State and he’s coming to Kaduna. In addition to the police and the State Secret Service, I have one mechanised division of the Nigerian Army here if I need to arrest and detain anyone.

“But we are northerners, we are civilised. We don’t do things like that. I wish you all safe journey back to your destinations,” he said.

El-Rufai said he had all the security architecture at his disposal now that the Labour Party candidate was also coming into his domain.

Meanwhile, Obi, defended his position, saying El-Rufai was being overzealous by accusing him of bigotry, given the circumstances that led to his arrest.

He said, “What His Excellency, Gov. Nasir Ahmad El-Rufai said about me has been brought to my attention. I believe that as we grow older and are saddled with more responsibilities, we are expected to become circumspect in our thinking and avoid recklessness in our speeches and utterances.

“How does the circumstance he referred to related to bigotry to warrant such a label?

“All I do for people like El-Rufai is to pray for them and encourage them to concentrate on doing those things that will better the lots of Nigerians rather than engage in hate speeches that will divide and destroy the country,” he said.

PREVIOUS POST I’ve been working with Northern leaders, step down for me, Tinubu tells Atiku
NEXT POST ‘Security, Agriculture, Education’: Peter Obi Outlines His Plan For The North