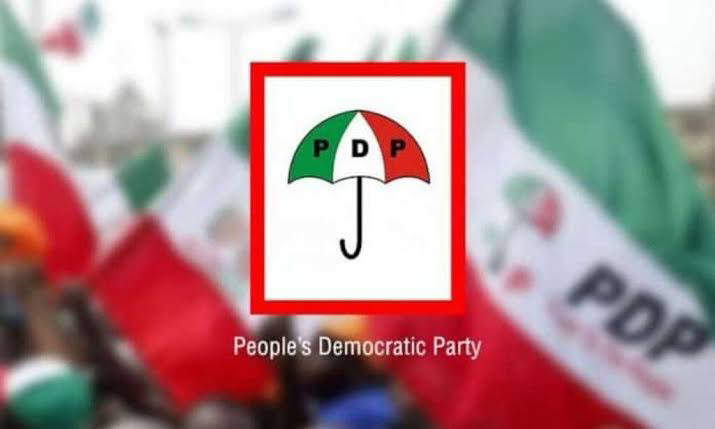 The Peoples Democratic Party (PDP) zoning committee has thrown open the race for the presidential ticket of the party to all regions of the country ahead of its presidential primary. The decision was taken on Tuesday, April 5 after a meeting of the committee at the party’s headquarters in Abuja.The PDP zoning committee is headed by Governor Samuel Ortom of Benue state.

After three meetings in the last two weeks, a source who is a member of the 37 man zoning committee told the Daily Post newspaper that the Governor Samuel Ortom-led committee has also recommended that the ticket be open.

The source said after the over three hours meeting in Abuja“We have resolved that the ticket be thrown open. This will allow those who have bought forms to contest.” Addressing journalists after the meeting, Ortom said: “We have just finished our meeting, after we rose from our meeting last week, today we decided that we would meet, and by the grace of God, we have unanimously adopted a position that will be sent to the National Executive Committee (NEC) of our party that appointed us.

“The good news for our teaming supporters of the PDP and Nigerians is that we have resolved and every one of us, the 37 members unanimously adopted the position that we are going to present to NEC.” Arise TV journalist, Rufai Oseni also confirmed the news on his Twitter handle.

Reacting to the news, a former spokesman of the party, Chief Olisa Metuh wrote on Facebook: “Thank you our distinguished 37 wise men. It is all over. Indeed you have chosen reasoning over sentiment, progress over personal ambition, and party unity over the lure of monetary inducement. “The next campaign is to canvass for southeast consensus.

Yes, we do not have the numbers, yes our members have chosen to be loud-mouthed and aggressive instead of pursuing diplomatic engagements. “But please look unto our three aspirants, consider their personal competence, capacity, and merit. Do not visit the sins of the children on the fathers.

Our aspirants rank among the best. “In the alternative, the PDP should conduct an open debate for all the aspirants. Our best is good enough for the party and good enough for the nation. “In the end, it is all about the PDP; the only true national party; the only party that is not personalised or appropriated by any cabal; the only party founded by the liberators of the nation from military hands, and the party ready to emancipate us all from economic and security imbroglio.”