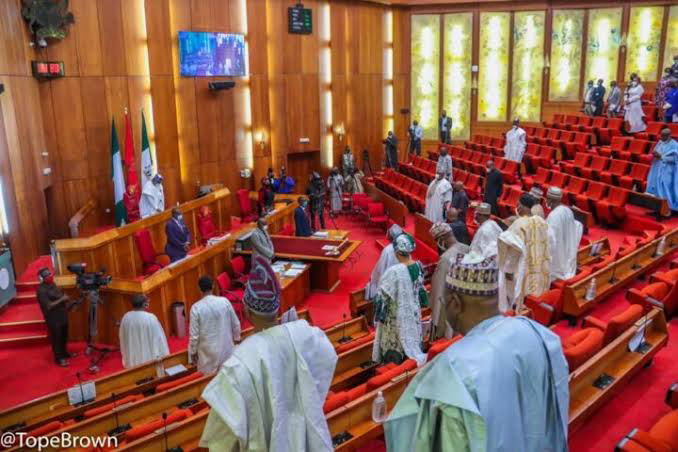 The Peoples Democratic Party (PDP) legislators in the senate staged a walkout after a motion by Philip Aduda, minority leader, was dismissed.

The lawmakers trooped out of the chamber on Wednesday after Senate President Ahmad Lawan did not allow the federal capital territory (FCT) senator to present his motion on security.

Mr Aduda said the Senate was meant to address the issue of insecurity in the country and the efforts made so far to curtail the menace.

He also reminded his colleagues that they were meant to “give the president an ultimatum to resolve the issues of insecurity and give an impeachment notice if the demands are not met.”

…And we have passed that stage already,” he said, noting that they have moved on to other businesses of the day.

Murmurings followed and the PDP senators were seen leaving their seats, shouting and exiting the chamber.

At the time of this report, plenary was underway without members of the main opposition party.