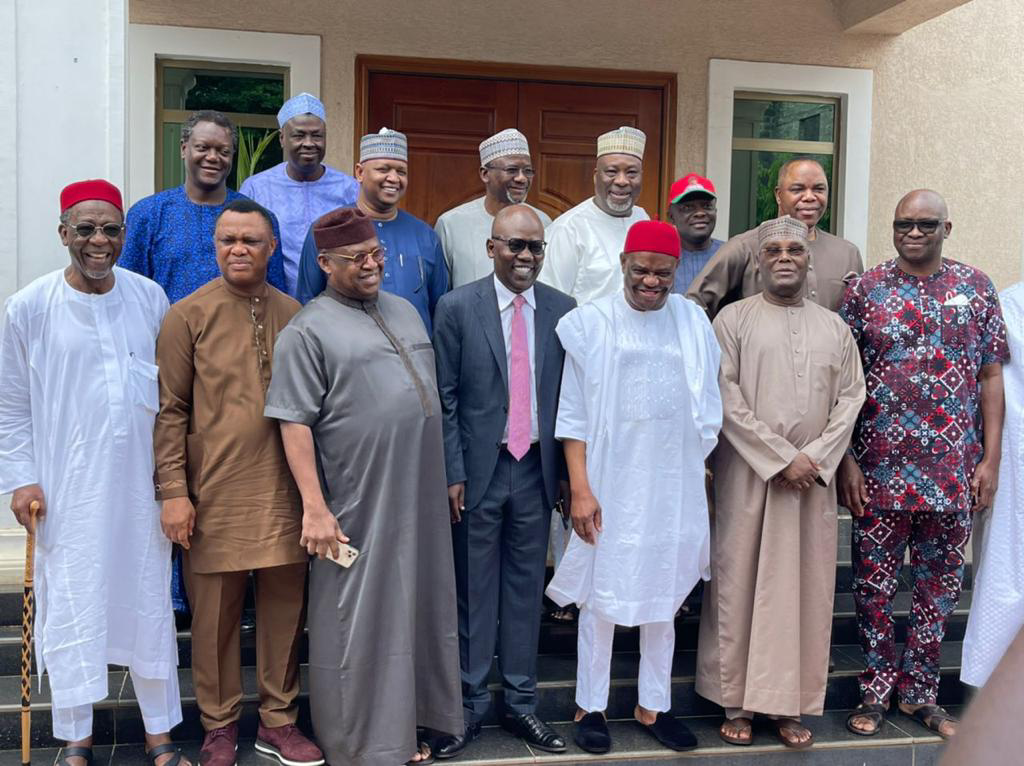 Atiku met with former Governor of Ekiti State; Ayodele Fayose and the Rivers State Governor, Nyesom Wike, whom he defeated during the PDP’s primary election on Saturday in Abuja.

The meeting is said to have been a fence-mending parley between the former Vice President and the PDP presidential aspirants.

Atiku polled a total of 371 votes to defeat his closest challenger, Governor Nyesom Wike of Rivers State, who garnered 237 votes.