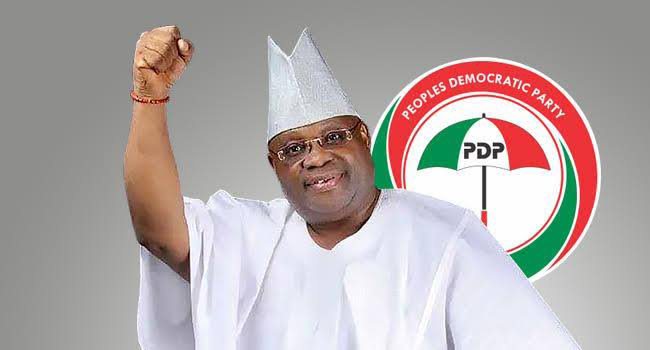 Today, Osun State Governor-elect, Senator Ademola Adeleke would be inaugurated as the sixth civilian governor of the state, alongside his deputy, Prince Kola Adewusi.

The venue of the swearing-in ceremony, Osogbo Township Stadium, yesterday wore a new look. Speaking on the dignitaries invited to grace the inauguration, the Chairman of the Inauguration Committee, Bunmi Jenyo, said that guests from different parts of the world would be at the inauguration, including members of the Peoples Democratic Party (PDP) Governors Forum, and party leaders from across the country.

Jenyo said: “We are expecting all persons of goodwill. All citizens are invited to come and witness the historic events that will happen.”

He stated that efforts to stop the inauguration was prevented by God. “Osun State is going to be the new Israel from Sunday because suffering will be over.”

The immediate past Commissioner for Local Government and Chieftaincy Matters, Adebayo Adeleke, said that the outgoing governor, Gboyega Oyetola, had instructed cabinet members to ensure that they put their handover notes on their office tables for their successors to see. He made this known while speaking on a radio programme monitored by The Guardian in Osogbo.

Meanwhile, Osun State Commissioner of Police, Olaleye Faleye, has said that all security agencies in the state are ready to deal with “political miscreants” who might want to disrupt the inauguration exercise.

Olaleye revealed this when he led other heads of security agencies to the Osogbo Township Stadium to inspect the facility.

He said: “We just want to warn them that they should not dare us, and anyone who wants to foment trouble will have themselves to blame.”

He appealed to parents to warn their wards against engaging in violent acts. He encouraged law-abiding citizens to approach the state