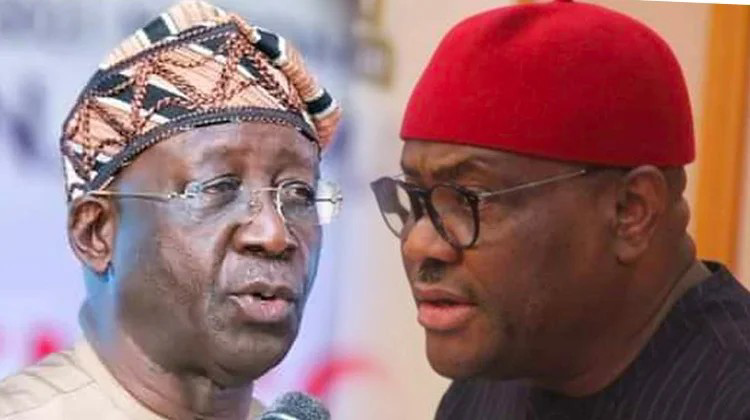 The National Chairman of the People’s Democratic Party (PDP), Dr Iyorchia Ayu on Saturday assured that nobody would remove him as the party’s national chair.

Ayu, who spoke while addressing his kinsmen of the Jemgba ethnic group at his residence in the Gboko area of Benue State reassured the people that there was nothing to worry about over the call for him to vacate his position.

Ayu’s remark is sequel to the call by the Governor of Rivers State, Nyesom Wike and his political allies that for the sake of equity and fairness, Ayu must resign his position as the National Chairman of the party as promised.

It could be recalled that Sen. Ayu had during his installation as the National Chairman of the PDP said he would resign if a Northern emerges as the party presidential candidate which is the basis of the call for his resignation by Wike’s camp.

But speaking at his residence in Benue, he said, “The PDP is one and not divided. I am trying my best not to disappoint Benue people and Nigerians in general. So if you hear that they want to chase Ayu out as the national chairman, don’t be worried; nobody is going to sack me as the national chairman of our party. I will leave the seat on a day that God permits.”

He thanked the Gboko people for the show of love to him, stressing, “since I started politics in PDP in the last 30 years, Gboko has not rejected me, you are always supporting me.

“They say a prophet has no respect in his home, but my case is different I am overwhelmed by this great show of love. Nothing should worry you, my people.”

Speaking further, he said, “So nobody should try to bring any trouble to you. I am telling you today, PDP is one party, a party that has divisions and does not win elections. No matter the strength of any party, if it does not have unity, it will lose elections.

“I have been silent over all the things you are hearing against me because I don’t want any crack in the party I belong in my state. I have the powers to say you and you will not go anywhere because I will insist that I must sign before you go anywhere.

“But I have signed for all candidates produced by the PDP to go ahead in their dreams, whether I liked it or not I signed. So I was doing that believing that I cannot shoot myself in the leg.

“I want Benue to come first by winning all elections so that Nigerians will say that the national chairman has delivered his state to PDP with Alhaji Atiku Abubakar winning 90 per cent of the votes and Titus Uba as governor in 2023.”

The PDP national chairman further stated that only God enthrones leadership and uses people to enthrone a person over others and protects that person.

He said, “I want to assure you that all these days, God has been protecting me even when I went on sick leave abroad, God was still protecting me.

“The Tiv people have suffered so much in this country. We are yet to get our share of the national cake, so my charge to you is not to relent in prayers so that this time around come 2023, God will give us a president who will work closely with the Governor of our state to wipe out our tears.

“During senator J S Tarka’s era, God gave us a Fulani man, Alhaji Shehu Shagari, did he fight the Tiv nation? Did he kill our people? He appointed 5 ministers from Benue state and speaker of the House of Representatives, Benjamin Chaha, Paul Unongo (Minister of steel), Isaac Shaahu (Minister of Communications), Mrs Elizabeth Ivase (Education Minister) and Audu Ogbeh etc was he, not a Fulani man?

“Today, the flagbearer of the PDP, Atiku Abubakar who is not only a chieftaincy title holder of the Tiv people as the Zege Mule U the Tiv, he is my friend, he told me his plans for the Tiv nation. That he will wipe away the tears of the people.

PREVIOUS POST Terror Threat: Atiku meets US officials in Washington
NEXT POST IMF cautions Nigeria on plans to redesign Naira notes, says it is ready to help if needed