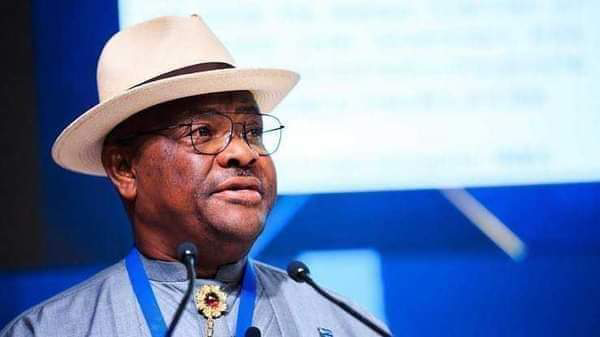 Governor Nyesom Wike of Rivers state has said the crux of his fight with the National Chairman of the People’s Democratic Party, PDP, Senator Iyorchia Ayu and presidential candidate of the party, Abubakar Atiku was to ensure that justice, fairness and equity prevail in the party.

Wike made this known today (Friday) while speaking in a media chat televised by Channels TV, TVC News, AIT and the National Television Authority, NTA and monitored by our correspondent.

He said, “I’m fighting for justice, fairness and equity.  I’m not saying I’m bigger than the party. Those who run away from the party can not sustain the party. We have boxed ourselves into a corner breaking our convention and constitution.

“Why did we jettisoned the constitution of our party and now start talking about the rule of law. If we had followed Section 7 : 3 c we would not have ended up in this crisis.  I will stay in the PDP to fight for the right. I am not a man that will see fire and run away.

You cannot eat your cake and have it. Sacrifice must be made in order to come out of this. Let us do things right so that peace will reign. We must do the right thing. We must show Nigerians that this is where we are coming to.

“For inclusivity so we can be sure that everybody belongs to one house. For the unity of the country. As it is today, we can not undermine this factor of marginalization. You must show that you have the capacity to bring everybody together,” he said.

“Instead of you doing the right thing, what they are doing is name calling. Wike is this and that one. All this will not help us get anywhere. We have not even won an election, we have become so arrogant,” he added.

Recall that Wike has been crossed with Ayu over failure of the PDP to resign as the party’s chairman, following his vow to step down if the party’s presidential candidate emerges from the North.

Wike had earlier alleged that Ayu did everything for him (Wike) not to emerge as the presidential candidate of the party in May.