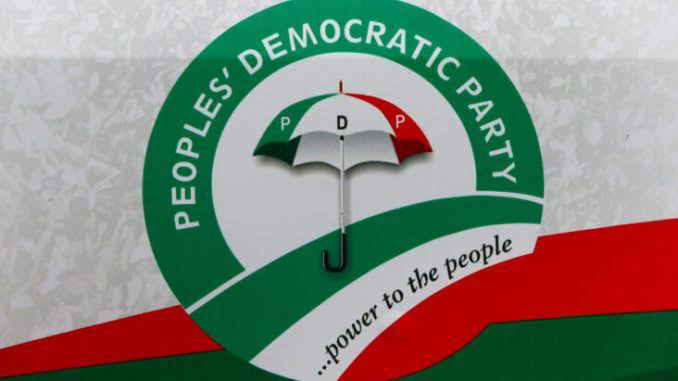 PDP National Caucus will reconvene on Wednesday to continue discussions on the party’s timetable for the 2023 general elections and other important issues.

National Publicity Secretary Debo Ologunagba disclosed this while speaking with newsmen at the end of the 41st National Caucus meeting held on Monday night in Abuja.

He said that while the caucus meeting had been adjourned to Wednesday, the National Executive Committee (NEC) and Board of Trustees meeting earlier scheduled for Tuesday to discuss important issues would also hold on Wednesday.

“After effective discussions, we have adjourned the meeting to Wednesday for the continuation of all the issues on the agenda.

On Wednesday at 10 a.m. the caucus meeting will hold, thereafter the BoT meeting and then the NEC meeting,” he said.The party had earlier fixed its NEC and Board of Trustees meeting for Tuesday.

It was gathered that the NEC meeting was postponed over concerns raised by members of the party’s National Caucus on the PDP timetable and schedule of activities for the 2023 elections and the manifesto drafting committee.

Tambuwal, who doubles as Chairman, PDP Governors’ Forum, in his opening remarks, said, “I congratulate members of our party for giving hope once again to the great people of this country. In the face of despondency, in the face of hopelessness, there are still rays of hope to turn PDP into the ruling party in Nigeria.

“The bye-elections have signalled what we shall expect to the glory of God in a matter of a few months.

“On this note, I appeal that we all, as leaders and members of this great party, must bury our differences and work together harmoniously. We must show the right signal to Nigerians, that yes, we are united and ready to rescue this country.”

On his part, Ayu also charged members of the party to resolve all issues through the party’s internal mechanism.

The former Senate President said, “Nigerians are happy to see that this party is the best organised party in this country.

“As the Electoral Act was signed and the Independent National Electoral Commission (INEC) came up with their timetable, the National Working Committee (NWC) has been working round the clock. Because there are timelines that we must make sure that we keep.

“We are determined that we will keep strictly to the guidelines despite the short time that is available to us. We will keep to this timeline.

“We hope that the other party will continue to disintegrate. We have always told Nigerians that APC is a contraction and not a political party.”