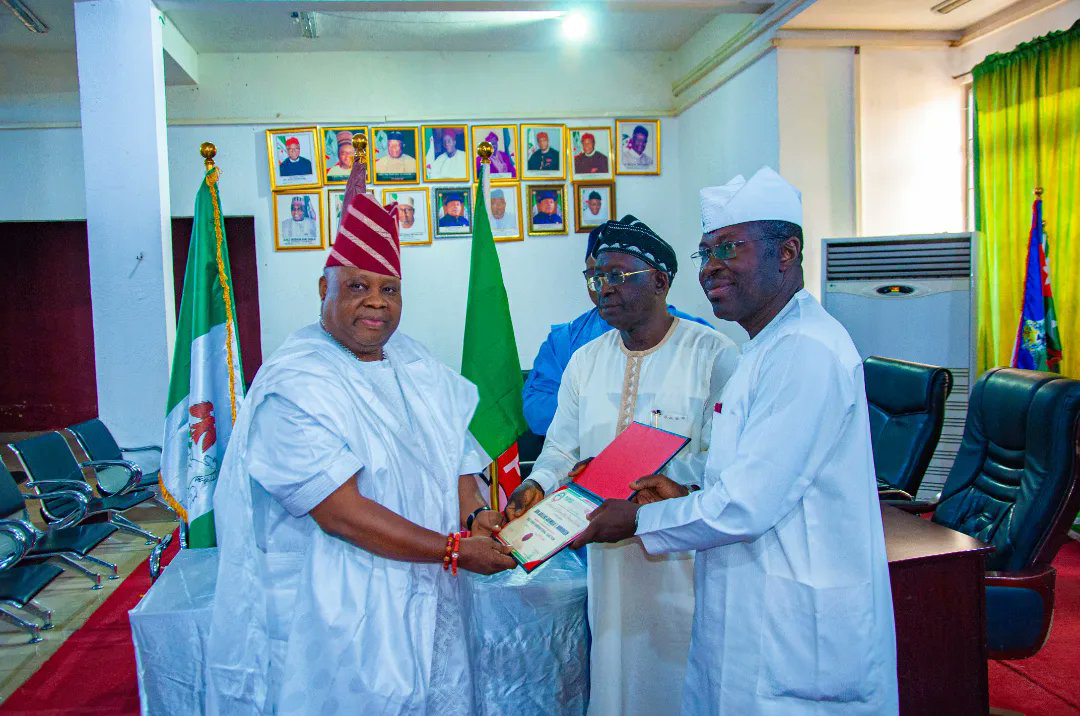 The national working committee (NWC) of the Peoples Democratic Party (PDP) has issued a certificate of return to Ademola Adeleke, winner of the party’s governorship primary election in Osun state.

Adeleke was handed the certificate of return on Thursday at the party’s headquarters in Abuja.He was declared the winner of the parallel election held on Tuesday.

Adeleke won the election backed by the NWC of the party, while Dotun Babayemi was announced the winner of the poll organised by the Olagunsoye Oyinlola-backed faction.

Lawrence Ewhrudjakpo, the returning officer and deputy governor of Bayelsa, had said 1,916 delegates took part in the exercise that produced Adeleke.

According to him, Adeleke polled 1,887 votes to defeat the other contenders in the race.

Ewhrudjakpo said Babayemi, Akinbade Fatai and Akin Ogunbiyi each had no vote while Bamidele Adeleke polled one vote and Sanya Omirin had four.

Speaking after he was declared winner, Adeleke said the PDP will win the governorship election in July.

“No victor, no vanquished; we are all winners. Let us work together to rescue the people of Osun state from the current APC government,” he had said.

“The good people of Osun state have suffered enough under the current APC government.”