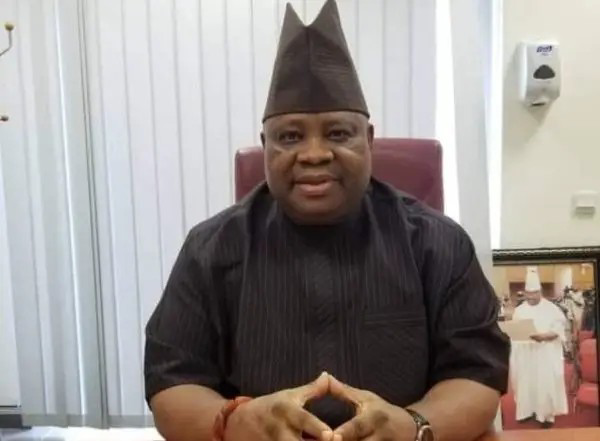 The Independent National Electoral Commission (INEC), seems to have put to rest controversy around the real candidate of Peoples Democratic Party (PDP) for the July 16 governorship election as it recognised Senator Ademola Adeleke as the party’s authentic candidate.

The PDP had been engulfed in controversy over its candidature as both Senator Adeleke and Omooba Dotun Babayemi lay claimed to the party ticket after emerging from parallel party primary in the state.

However, INEC in it final candidate list, released on Tuesday listed Senator Ademola Adeleke as the candidate of the party in the forthcoming election.

However, the PDP factional candidate, Babayemi, in a statement by his campaign Media Director, Kayode Oladeji, said he is not disturbed by the development, adding that the list does not terminate his ambition or hope.

“There’s nothing final about the list and I’m sure that somebody somewhere knows that.It’s only the uninformed that can think it’s the end of the process, because it’s on INEC’s timetable; the list published is just the submission by various parties. Fortunately, there’s a window of opportunity provided by the new Electoral Act and that’s what we are exploring because we believe in the rule of law.Everything you are seeing are tailor-made processes which are amenable to changes when the need arises on account of judicial pronouncements,” Babayemi clarified