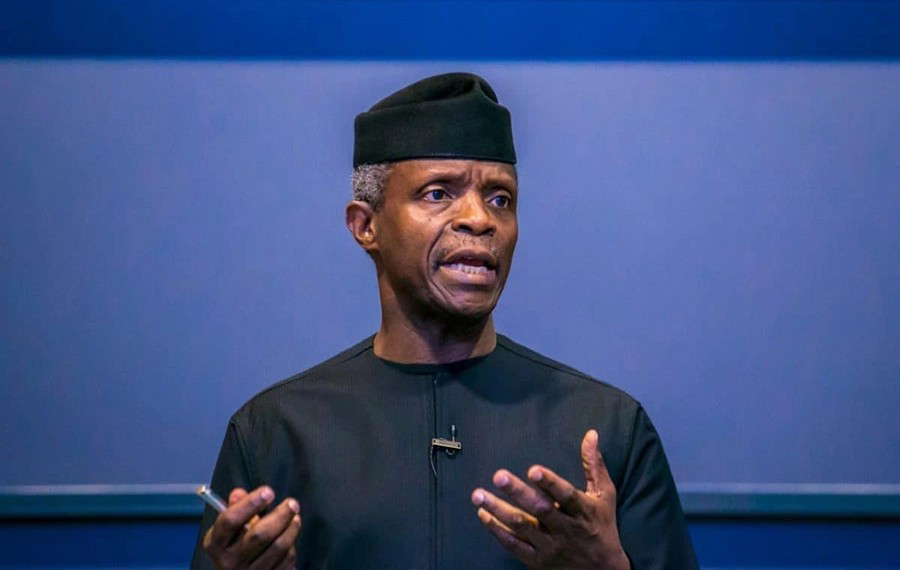 Vice president, Prof. Yemi Osinbajo has asked oil producers in Nigeria to take the lead in solar electrification adaptation across the country.

He said this during the 60th-anniversary dinner of the oil producers trade section at the Lagos State Chamber of Commerce and Industry (LCCI) on Thursday.

While delivering his keynote address, Osinbajo said Nigeria’s off-grid solar space was becoming one of the most exciting in the world. He referenced Shell as sponsoring off-grid activities of AllOn and Konexa and encouraged other oil producers to invest in the sector, so as to close energy gaps.

By 2030, Nigeria’s national grid will not cater to the entire population, so off-grid solar solutions are needed for mass electrification, according to projections by the International Energy Agency (IEA). By 2040, the Nigerian government plans to achieve 100% rural electrification with 5% through stand-alone solar solutions.

Osinbajo also talked about how Africa, being the least carbon emitter in the world can industrialize using natural gas because if all African countries, with the exception of South Africa, were to triple electricity consumption using only natural gas, we would add only 0.62% to global emissions.

In his speech, he emphasized the fact that Nigeria should use natural gas to industrialize, as no economy in the world is known to have used only renewables to industrialize. Therefore, Nigeria needs to exploit its natural gas resources and not pay heed to the faulty stance of the West, wanting African countries to defund natural gas projects.

During the launch of the African energy outlook in June 2022, the International Energy Agency (IEA) executive director, Fatih Birol, said the agency understands that Africa will need to explore its natural gas resources to close energy gaps.

“We are perfectly aware of the fact that delivering gas from African fields will have a very small impact on greenhouse gas emission, ahead of a great impact in terms of social improvement.

“So, we need the courage to boost those countries in producing and exploiting their fields of gas because the little amount of greenhouse gases that this will provoke will be widely compensated,” he said.

While speaking at the LCCI event, Osinbajo spoke about debt-for-climate swaps, which could benefit Nigeria.

“Given the escalating debt situations of many developing countries, including Nigeria, especially in the aftermath of C0VID-19 and the Russian-Ukrainian conflict, we should also bring Debt-For-Climate Swaps into the climate finance mix,” he says.

In 2021, the International Monetary Fund (IMF) and World Bank (WB) announced plans to roll out a debt-for-climate swap program, which will benefit highly indebted countries, many of them in Africa.

In its 2022 African economic outlook, the African Development Bank (AfDB) Group wrote that debt-for-climate deals involve debt forgiveness on the condition that debt repayments are instead invested in climate change adaptation and mitigation to boost economic spending and accelerate private investments.

The report went further to explain that because these funds are invested in local currency, they are expected to reduce countries’ debt portfolios and their foreign exchange risk.