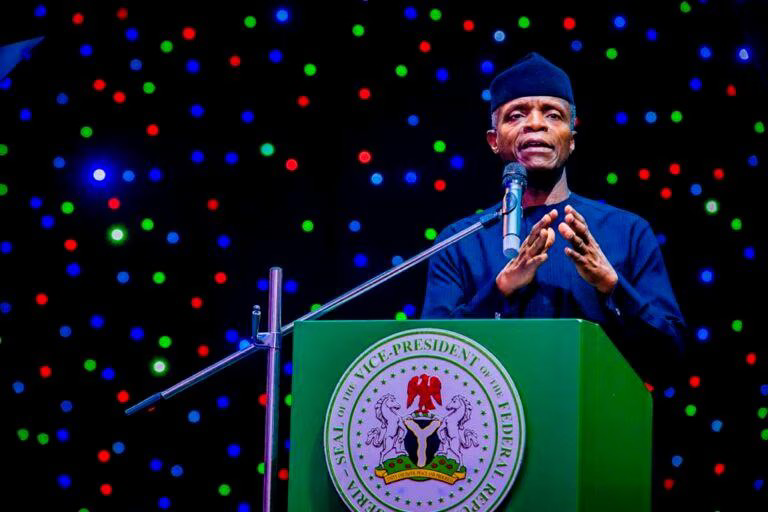 Vice-President Yemi Osinbajo is expected to meet some members of the All Progressives Congress (APC) in the national assembly today.

Ahmad Lawan, senate president, read Osinbajo’s letter of request for a meeting with the APC legislators during a plenary session on Tuesday.

The letter was signed by Yahaya Abdullahi, senate leader.

The meeting is fixed for April 12, 2022 (today) and it will be held at the state house banquet hall in Abuja.

The vice-president will also be meeting members of the party in the house of representatives on Wednesday evening.

“In the spirit of the holy month of Ramadan it will be my great pleasure to host you and all members of the All Progressives Congress (APC) caucus in the federal house of representatives to the Iftar/Easter dinner on Wednesday, April 13, 2022,” the letter read by Idris Wase, deputy speaker, said.

On Tuesday, Osinbajo declared his interest to run for president in 2023.

The vice-president who declared his ambition at a meeting with the APC governors, said
he wants to build on the achievements of President Muhammadu Buhari, adding that he understands the hopes, fears and aspirations of Nigerians.

Meanwhile, Udom Emmanuel, governor of Akwa Ibom state, has requested a meeting with members of the Peoples Democratic Party (PDP) in the lower legislative chamber.

According to the letter read by Wase, the meeting is scheduled for 8pm on Tuesday.

TheCable had reported that Brekete Family, a reality television and radio programme focusing on human rights issues, purchased the presidential nomination form of the PDP for Emmanuel.