Osinbajo: My experience as acting president has prepared me to succeed Buhari 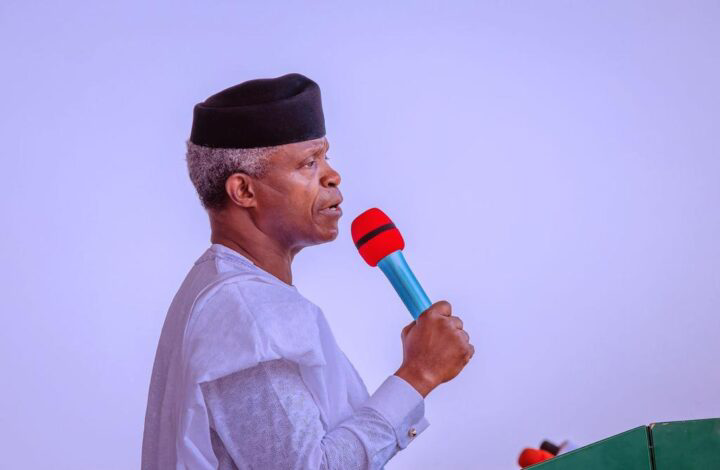 Vice-President Yemi Osinbajo says the opportunity to serve under President Muhammadu Buhari has provided him with enough experience to hit the ground running if elected his successor.

The vice-president is a presidential hopeful on the platform of the All Progressives Congress (APC).

Osinbajo spoke on Friday in Ibadan, Oyo state capital, during a meeting with delegates of the party in the state.

He said Buhari gave him the opportunity to serve and attend to sensitive international assignments, adding that he would use the experience to serve Nigeria.

“On April 11, I declared my intention to run for president of Nigeria. I have served in the federal government of Nigeria for the past seven years,” he said.

“In those years, I have been involved because the president considered it right. In his own generosity and openness, he gave me every opportunity to serve, including very sensitive international assignments.

“As you know, I also acted as president during a certain period when the president was away on medical vacation. Everything that I learned as vice-president and acting president has prepared me to run and function as president of our country.

“God does not make a mistake; He is deliberate in everything that he does. By giving me all those opportunities to see and understand governance by myself at the highest level, they were not for me to sit down and write my memoirs, they are to come in handy one day.

“I believe that the time has come. I have the responsibility to my country, to all our children and the coming generation to give all that I have learnt to our country and to serve it peacefully, honestly and transparently. One advantage I have is that from day one, I can hit the ground running because I know what it takes.”

The presidential hopeful promised the delegates that their support for his presidential bid will not go unrewarded.