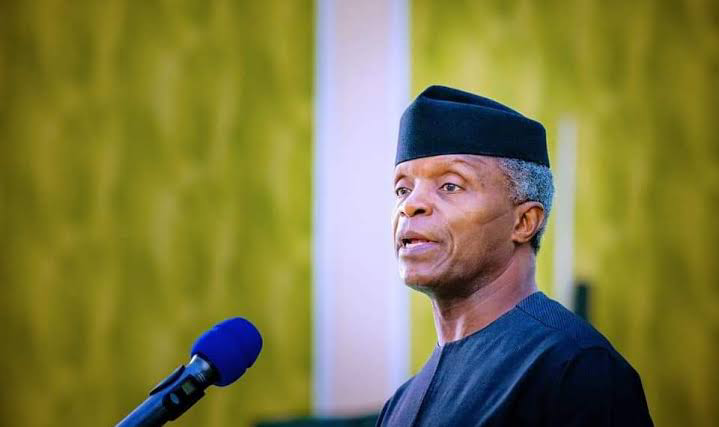 Vice-President Yemi Osinbajo met with Abdullahi Adamu, the national chairman of the All Progressives Congress, (APC), and five governors of the party.

The meeting is took place at Osinbajo’s residence in the presidential villa, Abuja.

Osinbajo is meeting the APC chairman and the governors ahead of the party’s convention to select its presidential candidate for the 2023 elections.

The identities of the governors was unknown as at the time of filing this report.

The Independent National Electoral Commission (INEC) had shifted the date for submission of list of candidates by political parties, with the ruling party postponing its presidential primary election earlier scheduled for May 29-30 to June 6-8.

President Muhammadu Buhari had before travelling to Madrid, Spain on official visit, met with the 22 governors of the APC, where he sought their support to choose his successor.

Some APC stakeholders have been pushing for a consensus candidate that will face Atiku Abubakar, the candidate of the Peoples Democratic Party (PDP), in the presidential election but a section of the party and some aspirants have opposed the move.

Osinbajo’s meeting with Adamu and the governors is coming after the conclusion of the party’s screening exercise for presidential hopefuls by the John Oyegun-led committee.