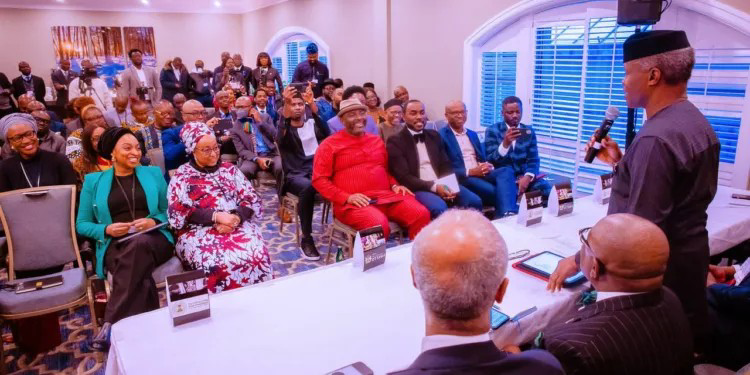 Osinbajo said this in Ottawa on Monday night during an interactive session with leaders of Nigerian groups across different provinces in Canada.

The vice-president departed Nigeria on Sunday for a three-day high-level visit to Canada.

Accoording to a statement on Tuesday by Laolu Akande, spokesperson to the vice-president, Osinbajo said despite the hardworking spirit of Nigerians, there were a few a bad eggs spoiling the image of the country in the diaspora.

“The vast majority of Nigerians all over the place are honest, straightforward people trying to survive in those places and be responsible citizens wherever they find themselves. That is the story of the vast majority,” Osinbajo was quoted as saying.

“What you tend to find is that a few people do the damage. There is a negative characterisation that comes out of that.

“We can engage with our people and have a lot more conversations around trying to prevent people from committing offences and crimes, but more importantly, being able to self-regulate in our communities, talking about it frankly and openly.

“Look at what is going here (in Canada), there are so many Nigerians, professionals, and politicians who are in very serious positions of responsibility