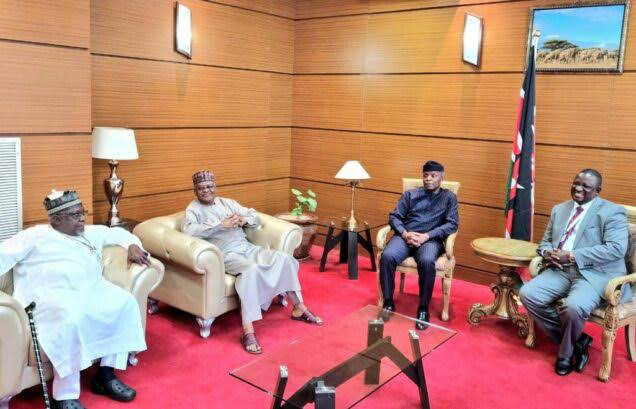 Vice-President Yemi Osinbajo has arrived in Nairobi, to represent Nigeria at the Kenyan presidential inauguration.

The event, which comes up on Tuesday at Kasarani Stadium, Nairobi, will be Kenya’s fifth presidential inauguration.

Independent Electoral and Boundaries Commission (IEBC) Chairman, Wafula Chebukati, said Ruto had won almost 7.18 million votes or 50.49 per cent, against 6.94 million or 48.85 per cent, for his rival, Raila Odinga.

The vice-president is accompanied on the trip by the Minister of State for Foreign Affairs, Amb. Zubairu Dada and the Special Adviser to the President on Political Matters, Sen. Babafemi Ojudu.

Nigeria and Kenya, both former British colonies, enjoy good diplomatic relationship and had signed agreements on trade and agriculture, among other areas of cooperation.