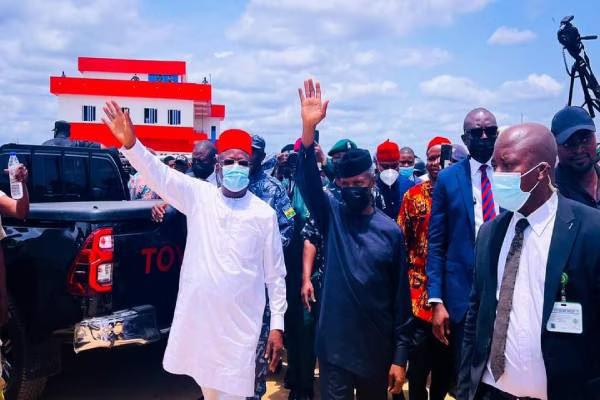 Governor Umahi had last Sunday during a church Thanksgiving at the new Government House Chapel, Centenary City, Abakaliki, said that Ebonyi State would play host to the financial year program of Nigeria from the 5th to the 8th of April 2022.

He said that the Vice President of the country, Professor Yemi Osinbajo, Minister of Finance, Budget and National Planning, Zainab Ahmed, 36 Commissioners of Finance from different states of the country, with their permanent secretaries, Chairman Christian Association of Nigeria (CAN), Chaplain Aso Rock, among others, would be in the state for the program.

PREVIOUS POST Ghana bans use of foreign currencies in business transactions,makes Cedi sole Legal Tender
NEXT POST Over next six months, Ukraine seeks to get part of Russian assets seized by West – PM