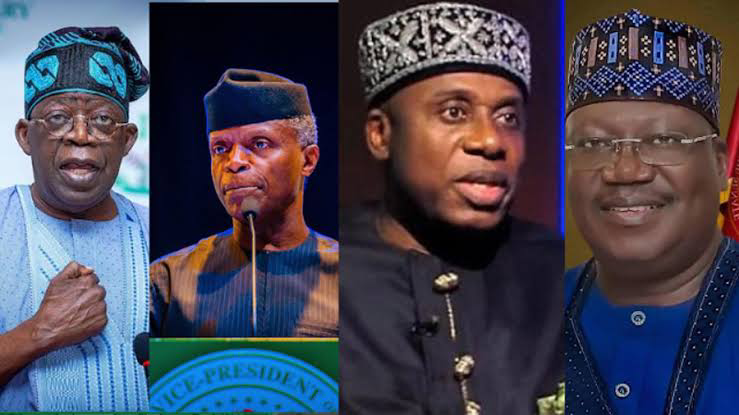 Three months after they went head-to-head at the primary for a presidential ticket of All Progressives Congress that eventually produced Asiwaju Bola Tinubu as flagbearer, Vice President Yemi Osinbajo; former Minister of Transportation, Rotimi Amaechi and 20 other aspirants will meet again in Abuja on August 31.

The development is coming on the heels of Tinubu’s reported dalliance with Rivers State Governor, Nyesom Wike, which made screaming headlines again when the two met in London two days ago.

The alleged pact between the two is coming to light following weeks of speculation and moves shrouded in secrecy.

Tinubu, who had come under heavy criticism over his preference for a Muslim-Muslim ticket, is seeking to bolster his chances at the February 28 presidential poll by luring Wike to his camp.

His choice of Shettima has created mixed feelings in the camp of the APC with several former aspirants and party chieftains feeling left out of his campaign plan.

A statement issued on Thursday by the media team of APC’s youngest aspirant, Dr. Nicolas Felix, disclosed that virtually all the aspirants who participated in the last presidential convention would converge in Abuja next week

The statement partly read, “The special invitation to the strategic meeting of all 2023 APC presidential aspirants, which will be held at Transcorp Hilton in Abuja, on Wednesday, August 31st, 2022 by 2pm is to brainstorm on adopting winning campaign strategies that will carry every Nigerian along and address the challenges bedevilling our country.”

The aspirants ’ last outing together was the APC Presidential primary which held at Eagle Square from June 7 to 10.