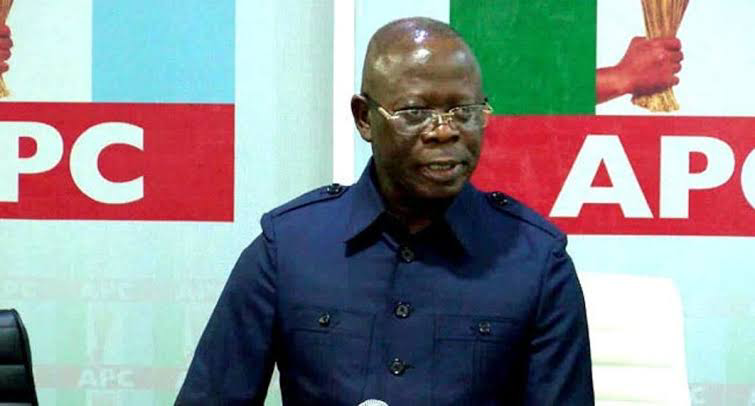 Former Governor  of Edo and ex-national Chairman of the All Progressives Congress (APC), Adams Oshiomole, has clinched his party’s Edo North Senatorial ticket ahead of the 2023 general elections.

The party returning officer for the APC primary, Mr Festus Ebia said 317 delegates were accredited out of the 320 expected delegates for the election, adding that three votes were voided.

“Oshiomole having scored the majority votes of 309 and satisfied the requirement of the election is hereby declared winner” he said.

In his acceptance speech,Oshiomole thanked the delegates and commended the national body for conducting a transparent primary election.

Oshiomole said his commitment was to do his best for the good people of Edo North and to improve their lifestyles through quality representation.

“If God gives us victory in the main election, I will ensure that the voice of Edo North will be loud and clear the same way I did as governor of the state.

“My promise, if given the mandate at the senate, I will work with other senators to ensure that the senate functions in a manner that will reflect the will and aspiration of Nigerians,” he said.

Oshiomole, however, urged Alimikhena to find the courage to accept the outcome of the election in good faith the same way his opponent accepted him in 2015 and 2019 when he emerged the party’s candidate. (NAN)