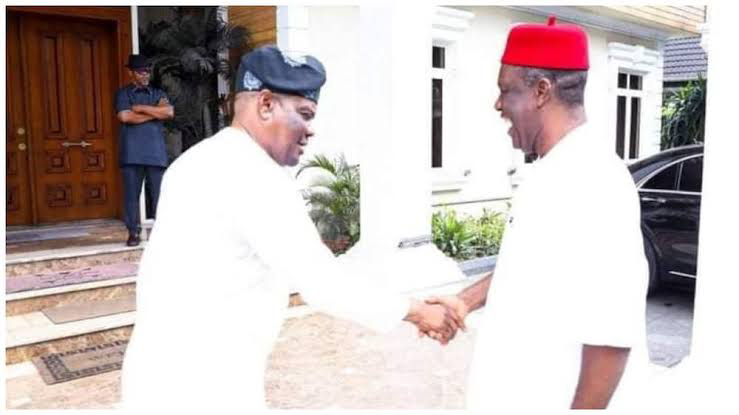 Orubebe’s visit to Wike comes three days after he announced his departure from the party in a letter dated June 20 and addressed to the PDP National Chairman, Senator lyorchia Ayu.

In the letter which was acknowledged by the office of the party’s chairman, Orubebe believes the PDP is not ready to reclaim power from the All Progressives Congress (APC) in the 2023 general elections.

Wike may also be aggrieved with the outcome of the 2023 PDP presidential primary which he lost to ex-Vice President Atiku Abubakar.

Following Atiku’s success in flying the PDP flag, many believed Wike would be considered the vice-presidential candidate of the party.

However, Atiku considered Delta State Governor, Ifeanyi Okowa, as his running mate, even as the opposition party strategises to wrest power from the ruling All Progressives Congress (APC).

As part of reconciliatory moves, the PDP presidential candidate set up a committee to pacify Wike so that the party can be fully set for next year’s general election.

Although the Rivers governor had vowed not to exit the party, he has been holding a series of meetings with top politicians in Port Harcourt recently.

Apart from Orubebe, politicians who have visited Wike include the presidential candidate of the Labour Party, Peter Obi, Governors Dave Umahi of Ebonyi State and Bala Mohammed of Bauchi State