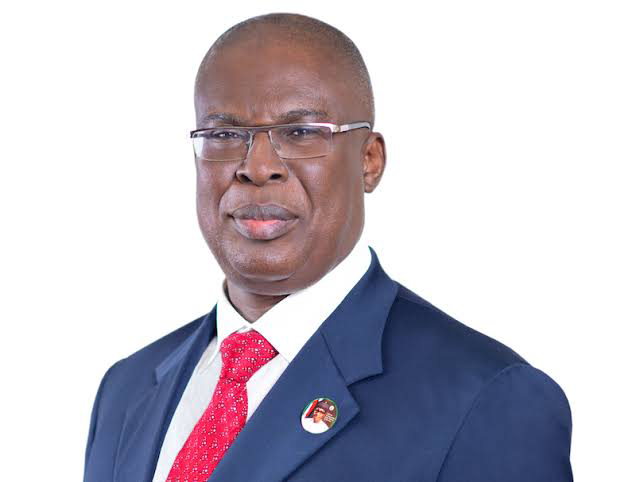 Foreign investors are showing growing interest in the Morocco-Nigeria gas pipeline project expected to be a revolution in the world of energy. The Nigerian Minister of Petroleum said that several investors have contacted the Nigerian authorities, including Russians.

“We are securing funding and many people are showing interest,” said Nigerian Oil Minister Timipre Sylva.

Russia has expressed interest in investing in the Morocco-Nigeria gas pipeline (NMGP) that aims to supply Europe and West Africa with natural gas.

Timipre Sylva, Nigeria’s Minister of State for Petroleum Resources, said on Monday that many countries and organizations want to invest in the trans-African pipeline with Morocco and Nigeria remaining the project’s main investors.

Commenting on the funding progress, Sylva noted that the selection of partners remains a work in progress.

The pipeline’s feasibility study was estimated to cost $90.1 million. Last week, the OPEC Fund agreed to partially fund the study with a budget of $14.3 million.

In the midst of the energy crisis in the world, favored by the conflict between Ukraine and Russia, the rise in gas prices and the redistribution of major players in the field is taking shape.

Westerners quickly sought to get rid of their dependence on Russian gas, especially among Europeans, and the Nord Stream2 gas pipeline project, which was to link Russia to Germany, was almost completely aborted.

Faced with a closed market where the players are known, led by Russia, the second largest producer and the world’s largest exporter, Europeans are faced with a dilemma and are trying to extricate themselves by finding other, closer suppliers, particularly in Africa.

If Algeria seems like an obvious choice given the geographical proximity, the country has a limited production, and is not a reliable partner for the Europeans who could see how the Algerian regime did not renew the contract of GME gas just out of “hate” for its neighbor Morocco, and how today, this same country is openly threatening Spain to suspend its gas delivery contract if it sells it to Morocco.

Thus, currently, turning to a project for the future that would put part of Europe in safety with more serious and balanced trading partners, is an option on the table. In front of them, the choice to bet on the construction of the Morocco Nigeria gas pipeline which must cross 11 African countries and should connect the gas resources of Nigeria to Europe.

The project was launched in 2016, following the visit of King Mohammed VI to Nigeria. An agreement has been reached with Nigerian President Muhammadu Buhari for this large-scale project which will become a model of South-South cooperation and which will allow the development and integration of the region.

The pipeline is expected to be an extension of the gas pipeline that has connected Nigeria to Benin, Ghana and Togo since 2010 and is expected to continue its momentum to the north. “We want to continue this same pipeline to Morocco along the coast,” Sylva said on Monday, regarding this gas pipeline over 3,000 km long which should run along the Atlantic coast of Africa and go up to Morocco. and then serve Europe.

If this mega project had created doubts among some at the beginning about the extent of this project considered “too big” for Africa, today investors are scrambling to participate in its financing.

In recent days, several new developments have accompanied phase 2 of the project, in particular with the selection of an Australian design office, and a financial contribution of 13.4 million dollars from the OPEC Fund for International Development (OPEC funds).

Timipre Sylva said Russian investors have come to make offers. “The Russians were in my office last week, they are very keen to invest in this project,” the minister said.

If the Russians invest in this project, the Europeans will see a new door close before their eyes. But so far no deal on funding has been sealed, the Nigerian official said.

“There is a lot of international interest but we haven’t yet identified the investors we want to work with,” he said.