Only Peter Obi’s faction of Labour Party is recognized – NLC 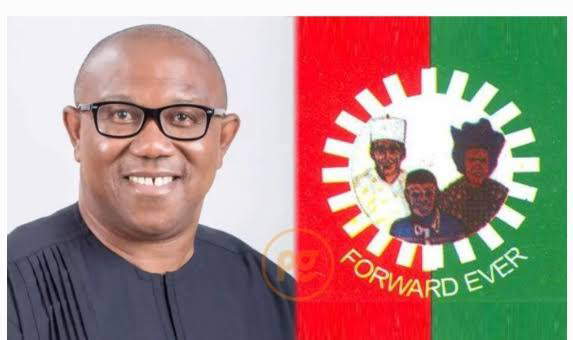 The Nigeria Labour Congress (NLC) on Thursday disowned one Calistus Okafor who claimed to be factional Presidential candidate of Labour Party.

President of the congress, Comrade Ayuba Wabba, in a statement said both NLC and TUC recognised the primary that held in Asaba Delta state which produced Peter Obi as its candidate.

Comrade Wabba urged Nigerians to disregard what he described as ‘the recruitment of one Calistus Okafor, a mischievous petty trader, to advance their evil plot of distraction.

The statement reads, “It has been brought to our attention that a so-called faction of the Labour Party recently conducted what we can describe as a “beer parlour” presidential primary and supposedly elected a presidential candidate.

“There is only one Labour Party in Nigeria. For the purpose of public education and clarity, we will take a recourse to history. The Labour Party is the creation and offspring of the Nigeria Labour Congress (NLC).

“The decision to give birth to the Labour Party was taken by the statutory organs of the NLC and affirmed by the decision of the National Executive Council of Congress at its meeting in Bauchi in 2003 when it approved the formation of the Party for Social Democracy (PSD).

“It was at the inaugural convention of PSD in 2004 that NLC decided to change the name of PSD to the Labour Party and it has remained so since then.

“The Labour Party has since then gone through both bright and blight times. Yet, the ownership of the Party by the Nigeria Labour Congress and Trade Union Congress has never been in doubt.

“The NLC and TUC are aware of only one presidential primary which was held in Asaba, Delta State on 30th May 2022 and produced HE Peter Obi as its presidential candidate and standard bearer.

“They are the only Labour Party officials whose details are provided on INEC website. The leadership of the NLC and TUC gave our full support to the processes that produced HE Peter Obi as the presidential candidate of the Labour Party.

“Nigerians especially workers, youths and women attended the presidential primary of the Labour Party in their thousands and were thoroughly satisfied with the outcome of the same.

“We understand that with the current repositioning of the Labour Party as the party for workers, youths, students, women, traders, farmers, professionals, physically disabled persons, the unemployed and the downtrodden, the Labour Party has become the albatross of establishment political parties who have suddenly become jittery and are devising all forms of conspiracy theories and subterfuge to distract the Labour Party from ongoing mass mobilisation efforts for sweeping electoral victory in the 2023 general elections.

“The recruitment of one Calistus  Okafor, a mischievous petty trader, to advance their evil plot of distraction is a new low and should be disregarded by the public.

“This, therefore, serves as a public disclaimer on Mr. Calistus Okafor. We warn the general public to steer clear of Calistus Okafor and characters who might want to cash in on the popularity of the Labour Party to hoodwink, extort and swindle unsuspecting members of the public.

“We, hereby, direct Nigerian workers and all the structures of the NLC and TUC to completely disregard the impersonation by Calistus Okafor who has a teacup stand to speak for Labour Party. Workers and millions of members of the Labour Party who desire a New Nigeria should regard tantrums by characters like Calistus Okafor as a mere storm in a tea cup.

“We encourage workers, youths, women, traders, farmers, professionals and all who seek the survival of Nigeria to continue to register for their Permanent Voters Card (PVC) and to safeguard their PVCs. We will answer all those who have held Nigeria down with our PVCs in 2023.”