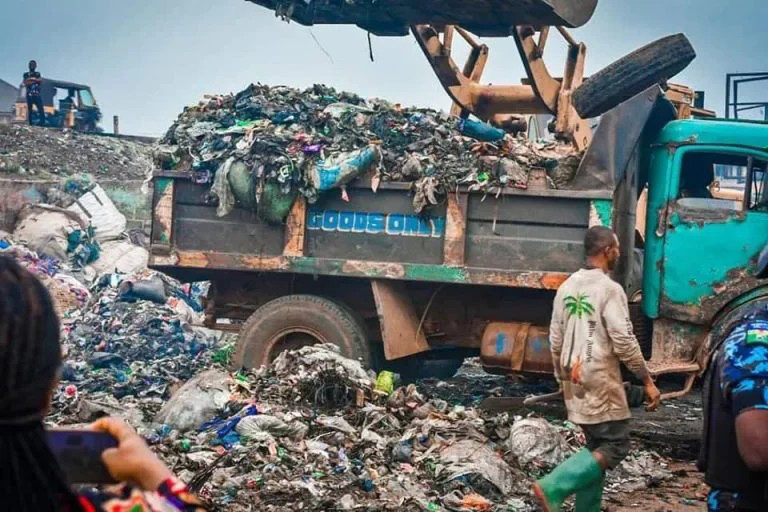 Anambra State Governor, Professor Chukwuma Soludo, has commenced the clearing of wastes and desilting of drainage systems in the Onitsha area of the state.

The governor, who arrived the communities with members of his entourage at about 11:32 am on Saturday, commenced the monitoring and supervision of works from the Obiano Park, Upper Iweka areas of Onitsha South, through Fegge, Ochanja market, and Ochanja roundabout.

According to the governor, the exercise will last till Monday.

After flagging off the exercise, the governor said that he would monitor the three-day waste evacuation and drainage cleaning in the four communities which were Onitsha North and South, Ogbaru and Idemili North local government areas.

At the scene of the exercise, excavators were seen evacuating wastes from the drainages and dumping places around the vicinities, loading same in tippers for immediate dumping at dump sites already provided by the state government.

Workers and residents of the areas were also seen clearing and helping to ensure that the wastes which had become an eyesore were removed.

They expressed happiness at the governor’s initiative towards enthroning a clean and healthy environment.

Soludo would still visit other parts of the four local government areas involved to ensure that work was going on as planned.

Meanwhile, some people who tried to defy the order of the lockdown by opening their shops, were ordered to close their shops in obedience of the 7am to 6pm restriction exercise.