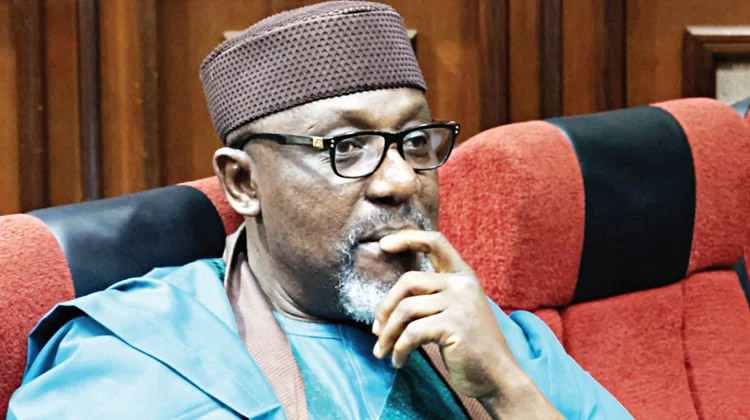 A former governor of Imo State and senator representing Imo West, Rochas Okorocha, on Sunday accused the state government of auctioning his private vehicles, those belonging to his aides and Rochas Foundation Colleges.

Okorocha, in a statement issued in Owerri, the state capital, on his behalf by his spokesperson, Sam Onwuemeodo, accused the governor Hope Uzodiinma-led administration of engaging in tyranny.

The statement disclosed that the vehicles in question were impounded on February 21, 2021, at Royal Spring Palm Estate in Owerri, when Okorocha, his aides and government officials clashed at the estate, which led to the arrest of the former governor.

The statement said that they had evidence that the state government had begun the auctioning of the vehicles, including bank payments.

Part of the statement read, “Okorocha was taken to the Police Headquarters to meet with the CP, according to the police officers on the operation.

“Others arrested were detained for weeks before fourteen of them were arraigned at Magistrate Court 4 and charges levelled against them. They were granted bail after three sittings by the court and the matter has been going on.

“The expectation was that, the Police who carried out the operation, must have taken into custody, all the vehicles recovered at the scene of the attack or incident, including buses belonging to ROCHAS FOUNDATION COLLEGE, and taken them to the Police Headquarters and not to the Government House.

“Or, the cars would have been taken to the court, where some of the owners of the Cars recovered at the Hotel, have been standing trial, especially when the Vehicles may be tendered as exhibits in the course of the trial.

“Unfortunately, the vehicles were taken to the Government House and not to either the Police Headquarters or the Court where some of the owners of the Vehicles have been standing trial.

“The government has gone ahead to auction the private cars of the former governor of the state, those of his security personnel, those of his aides, political associates, those of Rochas Foundation College and so on, who were with him on the day the attack at Royal Palm Hotel took place. In doing that , they had thrown caution to the wind. And you ask, on what ground were the vehicles auctioned?

“ln all the cases involving Okorocha and the lmo State Government, including the one decided by Justice Njemanze (rtd), which is now at the Appeal Court, the government never mentioned Okorocha’s personal cars and those of his aides, associates, his security details, Rochas Foundation College, et al , for any reason. Why auctioning his vehicles and those of others?

“And if the government could auction the private vehicles of the former governor and his aides and associates, it means they must have also shared the important materials and documents we are talking about among themselves.

“They must have also disposed of other assets with cases on them, either at the High court or the Appeal Court.”

When contacted, the state Commissioner for information and strategy, Declan Emelumba, said that Okorocha’s spokesperson was misleading the public.

PREVIOUS POST Senate to issue warrant of arrest on officials of PAP over failure to appear for alleged mismanagement of over N10bn
NEXT POST Akpabio will be elected senator in 2023, APC insists