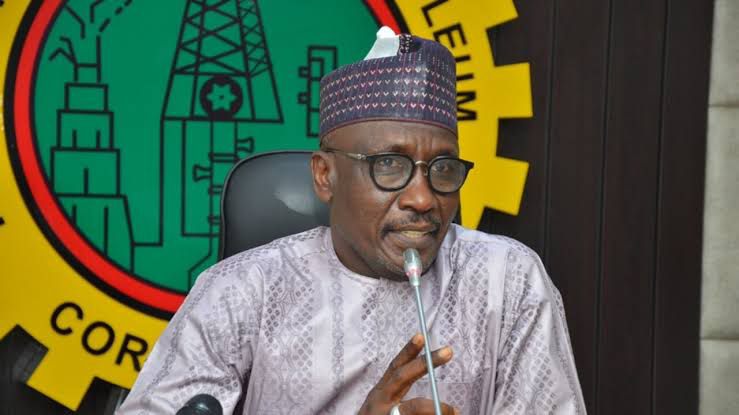 The Group Chief Executive Officer (GCEO) of the Nigerian National Petroleum Company Limited (NNPCL), Mr. Mele Kyari yesterday said he has received several death threats from people who are not happy with efforts being made by the federal government to ensure increased transparency, accountability as well as an end to crude oil theft which has seen country recording severe revenue losses.

The revelation by Kyari came just as Nigeria’s oil production has started rebounding as production rose above one million barrels per day (bpd) for the first time since July this year, with daily output for October standing at an average of 1,014,485bpd.

Kyari who made this known while delivering his keynote address in Abuja, at a special summit on legislative transparency and accountability organised by the House of Representatives Committee on Anti-corruption, lamented that Nigeria was losing up to 700,000 barrels of crude daily to oil thieves.

The GCEO at the event which had as its theme: “Enhancing transparency and accountability in the oil and gas sector,” spoke on several key issues bedeviling the petroleum industry.

On crude oil theft, Kyari lamented that the scale of theft was enormous and that the NNPCL had taken down thousands of illegal refineries in the past 45 months.

“Lastly, this industry is in shortfall of a change. I have several death threats to myself. This is the cost of change, when people walk away from things they are used to, to something that’s new, something that will take away value and benefit from them, they will react,” he said.

He, however, said they have been able to restore two trunk lines and have also involved private security contractors who are complementing government security agencies to curb the menace.

On the NNPCL returning to profitability, Kyari explained that in 2018, the company made a loss of N803 billion, which was reduced to N1.3 billion by 2021 and a profit of N687 billion same year.

He said, “The issue of crude oil theft, what we discovered, was not expected; we didn’t know that this is happening. But the scale is enormous, we have seen pipelines taken from our main trunk lines to abandon platforms.

We have thousands of illegal refineries that we have taken down in the past 45 months. We have seen over 295 illegal connections to our pipelines. Many of them have been there for years. That you have a situation where your production came down to 1.1 million barrels, from 1.8, the reason is that not all of them are stolen.

“Let me clear the misconception that the remaining balance is stolen. Companies will stop injecting oil into the pipeline the moment they discover it can’t get to the terminal. Therefore, at the peak of production, you lose over 200,000 barrels per day.

But once companies discover this production won’t get to the terminal they will terminate it. So we are losing up to 700,000 barrels of opportunity. Its opportunity lost,” Kyari added.

“Can government companies make profit? Yes, I can share data with you, also published in our statement of account. Dealing with multinational oil companies, the strength of any agreement is the capacity of active members who negotiate these contracts.

“Partners do take advantage of their partners, it happens. But there’s a common rule in the oil and gas industry that when you take advantage of your partner, you will come to realise it years later and it pay back at you.”

On why fuel subsidy payment was necessary, the GCEO said, “We need to understand what this subsidy means, today. When petrol comes into this country, we transfer to the marketers at N113 for us to realise the price of N165 per litre. This is reality. So, that means whatever is the cost, anything after that value is subsidy. So, someone has to pay for it. So every difference between 113 and that value is subsidy.”

Kyari also said the NNPCL was open to forensic auditing. This, he said would enable Nigerians know what the national oil company was doing.

“Revenues not delivered to the federation account, why won’t institutions deliver revenue to federation account? You cannot eat your cake and have it. NNPCL by law is required to ensure energy security particularly making sure petroleum products are available to the country. “When I give you an invoice you cannot settle it; therefore, you have no way of settling this except through fiscal obligations. What fiscal obligation does NNPCL have? Taxes, royalties, dividends. You cannot deliver these fiscal obligations and be able to deliver import products and sell at sub-market price.

What we are doing now is that we will give credit loan to Federal Inland Revenue Service, upstream, downstream regulators. But the fiscal obligation we can’t do it. Also submit a debit note to the Ministry of Finance so that they will settle us. So we are open to forensic auditing, we are inviting it so that Nigerians will know what we are doing.

“Some developed countries are taking out taxes on PMS, that’s another name for subsidy. No matter how they try to put it it’s subsidy. Countries are doing something to bring down the cost of energy. These common conversations you’re seeing in the media – NNPCL has not gone to FAAC since January – it is a misplaced expectation because our value should go to the tax authority and therefore Nigerians must get used to seeing NNPCL off those transactions.

We are not able to meet our fiscal obligation of tax reality because of the subsidy regime,” Kyari declared.