Obiano hands over to Soludo, conducts him round Government House 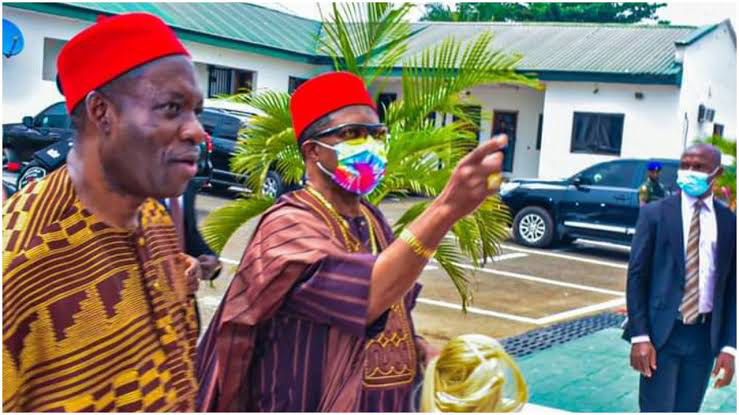 Obiano also conducted Soludo round offices in Government House. The ceremony was witnessed by the outgoing secretary to the state government, SSG, Professor Solo Chukwudebelu and some aides of Soludo.

At the handover Wednesday, Obiano handed to Soludo documents containing assets and liabilities of the state, as well as ongoing projects across the state.

Soludo will be sworn in today as the fifth civilian governor of Anambra State.

The ceremony is expected to be low key as only about 50 persons have officially been invited for the ceremony in line with Soludo’s wish that he would prefer a quiet oath taking ceremony devoid of the usual fanfare associated with such ceremony.

It was gathered last night that the incoming governor would make his first key appointments after the oath taking ceremony.

it  was also not clear if he would still drive to the slum city of Okpoko near Onitsha as earlier promised, although he said recently that he would start work in his office immediately after the ceremony.