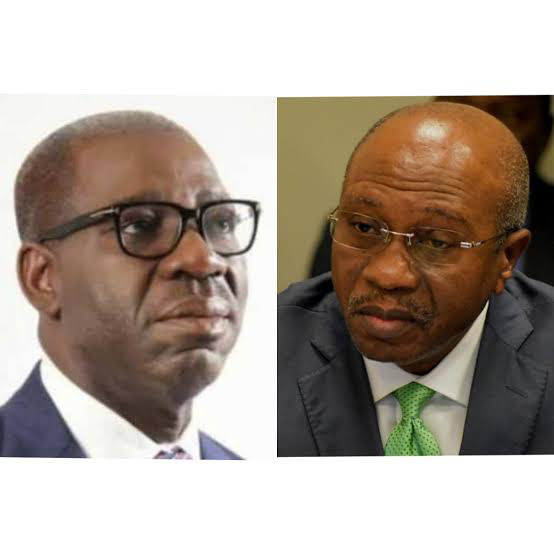 Governor Godwin Obaseki of Edo State has faulted the move to redesign the naira, claiming it has no economic basis and purely political plan.

He said this while inaugurating the Edo State Peoples Democratic Party (PDP) Women Campaign Council at the Presidential Campaign Secretariat in Benin City, the Edo State capital, on Wednesday.

“They say we should all bring our naira and give it to them because they want to change it for us. Is that our priority now? How does changing of currency reduce the price of food in the market? They say they want to change our currency and dollars are going higher every day. We can’t even see dollars again,” the governor added.

“I am an economist and I can tell you categorically that this policy by the CBN and Federal Government has no basis in economics. There is no reason to do this; this is purely political.”

Obaseki reiterated that there is no urgency to redesign the currency, claiming the country has other important things to pay attention to.

“The urgency for us is how to get food for our citizens to remove starvation and hunger from the land. The urgency is on how to maintain discipline in our monetary policy so that we can manage our foreign exchange rate because we are import-dependent,” the governor noted.

He claimed that the country will continue to fail if the All Progressives Congress (APC) wins next year’s election.

“We can’t allow those managing our country (APC) to continue because if we allow the APC government to continue, the country will fail as the country is already failing,” Obaseki maintained.

“God sees how people are suffering in this country and will not allow them to manage Nigeria again.”

“This 2023 election is about the continuous existence of Nigeria. If we don’t change the current leadership, I don’t know what will happen to this country. For us the PDP, we are the real only organic party. We are the only ones prepared for a free and fair election and our candidate, Alhaji Atiku Abubakar, is the most experienced,” he stated