Obasanjo’s image should be on redesigned naira note – Atiku 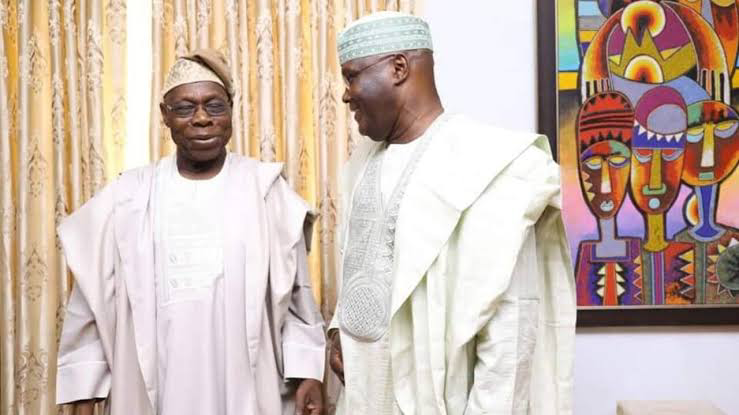 The presidential candidate of the Peoples Democratic Party (PDP) for the 2023 general elections, Atiku Abubakar says one of the three naira notes about to be redesigned should have the image of former President Olusegun Obasanjo.

Atiku said Africa is blessed to have a “statesman of such impeccable democratic credentials” as Obasanjo.

“A man whose image ought to be in the redesigned naira note to inspire future generations of Nigerians to sacrifice for their nation and continent,” he said.

“On behalf of my family, I congratulate you, President Olusegun Obasanjo, GCFR, for successfully ending the Ethiopia-Tigray conflict. And I thank God for the gift of wisdom and foresight He gave you, which you have used creditably to steer Nigeria and Africa on the right path.”

Atiku, in a series of tweets on Saturday also praised the 85-year-old elder statesman and African Union’s mediator for leading peace talks between the Ethiopian Government and Tigrayan rebels after two years of devastating conflict that have claimed thousands of lives and left millions needing aid in Africa’s second-most populous country

“I celebrate the extraordinary prowess of His Excellency, Chief Olusegun Obasanjo, in bringing peace to Ethiopia. I am not surprised. I know my boss. He did the same thing in Liberia and São Tomé and Príncipe during our time in office,” he said.

“If for nothing else, he is most deserving of a Nobel Peace Prize, and I will nominate him when entries are open for nominations.”