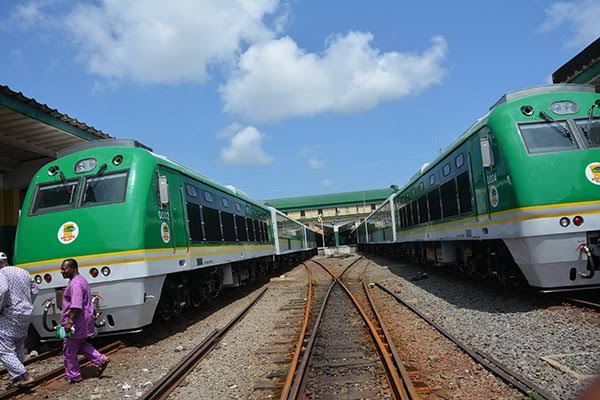 The Nigerian Railway Corporation (NRC) has suspended its Abuja-Kaduna train operations following an attack by gunmen on Monday night.

The NRC announced its decision in a terse statement on Twitter on Tuesday.

The  NRC stated that the suspension was due to unforeseen circumstances.

“Dear passengers, due to unforeseen circumstances, Train operations along the Abuja-Kaduna route has been temporarily suspended. Further communication would be given in due course.”

Terrorists bombed the Abuja-Kaduna rail tracks and attacked a train filled with passengers on Monday.

About an hour later, security operatives were reportedly deployed to the scene of the attack.

The attack came a few days after the terrorists attacked the Kaduna International Airport where an aircraft was prevented from taking off.

that persons suspected to be terrorists attacked a train plying the Abuja-Kaduna route and allegedly kidnapped some of the passengers last night.

It was gathered that the extremists were able to carry out the act after detonating bombs on the rail track, which forced the train to stop, allowing them to attack the passengers.

The Abuja-Kaduna train attack occurred around Rijana and immediately the train was immobilised, the attackers started shooting sporadically, forcing the 970 passengers on board to run for safety.

Officials including the Managing Director of the Corporation, Mr Fidet Okhiria and a commissioner of the Kaduna State government had confirmed rescue efforts but some details remain unclear as at press time.

“From the reports we have received, most of the passengers have gone into hiding and the officials on board are yet to give us a report of the situation. There are reports of gunshots and the train derailed due to the attack,” Mr Okhiria said.

On his part, the Commissioner for Internal Security and Home Affairs, Mr Samuel Aruwan, said the military had rescued the Kaduna-bound train passengers trapped by terrorists, noting that efforts were ongoing to move injured passengers to hospitals for urgent medical attention.

The Abuja-Kaduna rail route became a toast of passengers after terrorists made the Abuja Kaduna highway difficult to ply due to incessant attacks on motorists and travellers.