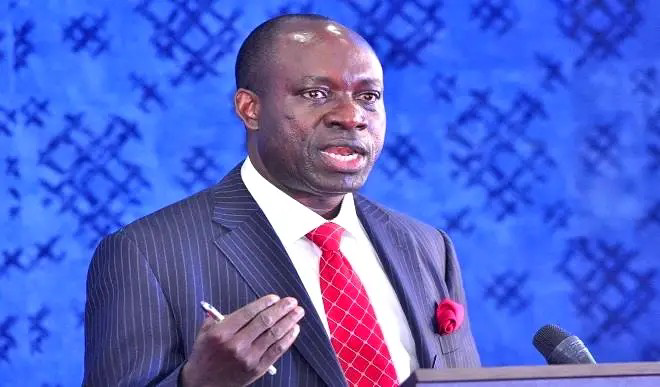 Governor Charles Chukwuma Soludo of Anambra State has restated his administration’s avowed determination not to rescind its planned demolition of about 200 houses already marked for demolition for blocking the drainage systems in the commercial city of Onitsha.

Soludo who made the vow yesterday during a meeting with the affected landlords of the houses at Onitsha South Local Government Secretariat, Fegge, said the need to demolish the structures cannot be overemphasized.

Addressing the landlords on the need for them to start gradual removal of the structures, the governor who was represented by his Deputy,   Onyekachukwu Ibezim reiterated that, “we will employ the carrot and stick approach because we are in a democracy.

“You will see us in action if you disobey. The government will come hard on you. We have all it takes to demolish the buildings; just dynamite and the buildings go down in a second and we are not coming for a second meeting again with you people” he vowed.

“We live in dust bin sites. Water must find its course even if you stop it. We don’t want to use force because we are people-oriented”

Speaking, the Transition Committee chairman of Onitsha South Local Government Council, Emeka  Asoanya, said that “some Churches were built on top of drainages and when you confront those who built them, they will boast that they own the government.”

Contributing, Gilbert Obi Bravo, Chairman, Board of Trustees, BOT, Importers Association of Nigeria, urged the state government to apply human face in handling the issue and pay compensation to those whose papers, Certificate of Occupancy, (Cof O) are genuine.

“If you built on drainages, there will not be compensation for you. I also want the government to fix the roads and clear the mountains of refuse that have sacked the area.