No Decision Has Been Taken Yet On Zoning, Mode Of Primaries – APC Spokesman 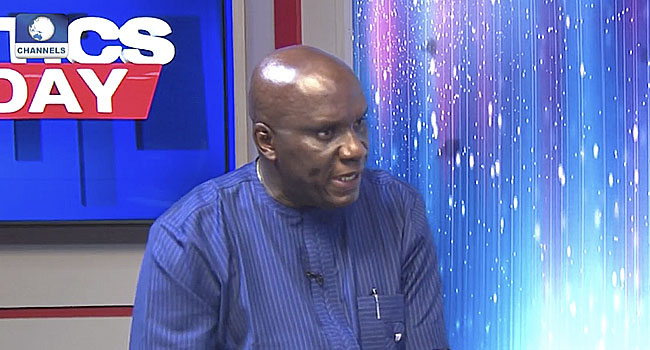 The National Publicity Secretary of the All Progressives Congress (APC), Felix Morka, has said the party is yet to take a decision on zoning, as well as the mode of primaries it will adopt ahead of the 2023 Presidential Election.

Morka said this on Channels Television’s Politics Today on Wednesday, hours after reports suggested that the party may have decided on the indirect mode of primaries.

“That was not decided today”, he said when asked to make the clarification. On the issue of zoning, he said: No. That also was not in conversation today. But in the coming days, I’m sure the party will make a decision, now that the NWC has the authority to decide on those questions”.

Reports of the APC adopting the Indirect mode of primaries surfaced earlier in the day following the party’s 11th National Executive Committee meeting which took place at the Transcorp Hotel in Abuja.

“There was no explicit discussion about the mode of primary but the timetable seems to suggest it is indirect primaries,” Governor Atiku Bagudu of Kebbi State had said after the meeting.

Several high-profile politicians in the country have indicated an interest in vying for the presidential ticket of the ruling party.

Vice President Yemi Osinbajo last week formally declared his intention to contest for the post. Hours ago, the Minister of Labour and Employment Senator Chris Ngige also joined the race.

Party For The Rich?

As the jostle for the number one seat intensifies, it has also become clear that the position comes at a high price.

Morka announced earlier in the day that those willing to participate in the presidential primary of the party are to pay N100 million for the nomination and expression of interest forms.

Similarly, the nomination and expression of interest forms for those seeking the party’s ticket to contest the governorship election in their respective states cost N50 million.

When asked what informed the prices, considering the economic challenge of the country, the party spokesperson said it was a decision that was agreed upon within the party.

According to him, no economy anywhere else in the world is perfect and despite that, “there are people who still live opulent lives ad make legitimate money” in Nigeria.

“Our party is not for the rich,” he stated further. “The party came to a decision that the value placed on these forms are justified”