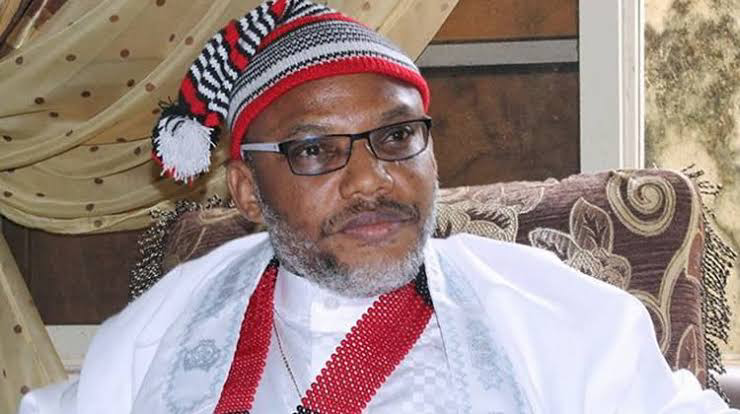 Nnamdi Kanu, the leader of the proscribed Indigenous People of Biafra (IPOB) has approached the Supreme Court to appeal the ruling by the Court of Appeal, staying the execution of the court’s judgment discharging him.

In a statement, one of Kanu’s lawyer, Ifeanyi Ejiofor said it became pertinent to approach the apex court after a thorough review of the said ruling by the defence team led by Senior Advocate of Nigeria, Mike Ozekhome.

According to Kanu’s legal team, the said ruling has no foundation in law or facts and should be set aside by the apex court.

The legal team noted that their decision was approved by Nnamdi Kanu.

Ejiofor said the team will follow up on the administrative process to ensure that both appeals are given accelerated hearing in line with the extant fast track rules of the Supreme Court.

On Friday, the Court of Appeal upheld the Federal Government’s application for stay of execution of the October 13 judgment which set Kanu free.

Justice Haruna Tsammani also ordered that the result of the ruling be forwarded to the Supreme Court within seven day for expeditious hearing.

Kanu will remain in the custody of the Department of State Services pending when the Supreme Court hears the case.

The Court of Appeal had on October 13 discharged Kanu who is being prosecuted by the Federal Government at the Federal High Court in Abuja for charges bordering on treasonable felony and terrorism.

A three-man panel of the Court of Appeal said the Federal High Court lacks the jurisdiction to try him in view of his “abduction and extraordinary rendition” to Nigeria in flagrant violation of the African Union convention and protocol on extradition.

The court also held charges preferred against Kanu did not disclose the place, date, time and nature of the alleged offences before being unlawfully extradited to Nigeria in clear violation of international treaties.

To stop Kanu’s subsequent release, the Federal Government had applied that the execution of the judgment be suspended pending the resolution of its appeal lodged at the Supreme Court.

However, Justice Tsanammi last Friday held that the counter affidavit filed against the Federal Government’s application by Kanu’s legal team was misleading.