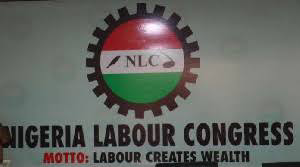 The Nigeria Labour Congress in Rivers State said its members would not support the presidential ambition of Governor Nyesom WIke due to alleged ill-treatment meted to civil servants in the state.

Itubo accused the governor of subjecting civil servants and pensioners in the state to untold hardship.

Itubo said most of the offices in the state secretariat, as well as schools and hospitals, were empty because the state government has refused to employ fresh staff.

“Everywhere in the secretariat, even the schools and hospitals are empty. No workers, people are not employed. So, do you need a soothsayer to tell you? If a witch cries in the night and a baby dies in the morning, do you need anybody to tell you that the cry of the witch is related to the death of the baby? All of us know as well as I do.

“I will not, me as a person support the governor until he does the needful,” she stated.

Itubo also called on workers in the state to get their permanent voter cards and vote for credible candidates in the 2023 general elections.

“They (workers) should come all out during the 2023 elections and vote for the candidates of their choice, who will be able to take the welfare of workers as a first charge. That is exactly what we are saying,” she added.

“That is the essence of this sensitization that we are in too. Charity they say begins at home. Let him (Wike) come home and pay retirees their gratuities, pay pension arrears, promote workers and then employ.

“The system is empty. It is not just to run from here and then you want to go to Abuja. There in Abuja, will you kill all the workers in Nigeria? Let him start the whole thing here (Rivers) so that we can give him the support. Without that, he will not have my support,” the state NLC boss stated