Nigerian Military Intercepts Millions Of Naira Cash, Other Items Being Taken To Bandits As Ransom 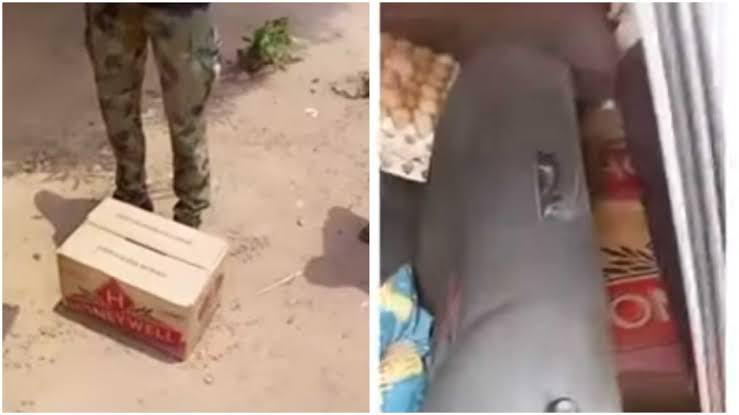 Personnel of the Nigerian army have intercepted a vehicle allegedly conveying millions of naira and other items to bandits as ransom to secure the release of kidnapped victims.

In a trending video of the incident, a soldier was heard saying N100 million was found in the vehicle registered in Kano with ‘FGE-959TC’.

The vehicle, in the video, loads food supplies, cartons and bags allegedly containing money being taken to bandits.

The location where the video was shot is yet unknown.

Food supplies like eggs, rice and money packed inside disposable boxes were found in the vehicle which has raised the question.

Many lives and property have been lost and a large number of citizens have been displaced by the activities of the terrorists.

Last Monday, terrorists attacked a Kaduna-bound train with hundreds of passengers on board.