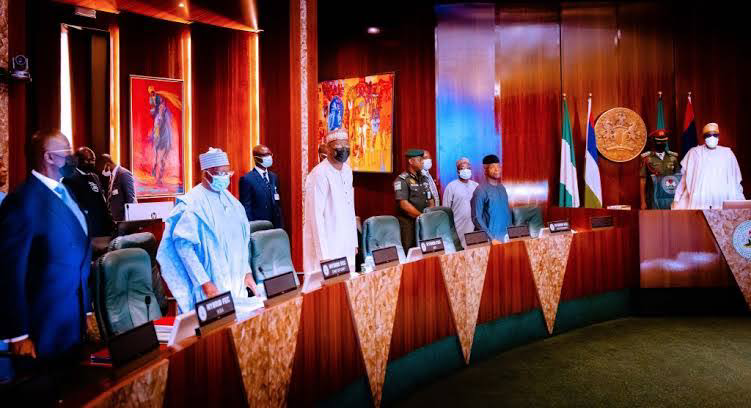 The Minister of Aviation, Hadi Sirika revealed this to State House Correspondents at the end of Wednesday’s Federal Executive Council meeting chaired by President Muhammadu Buhari.

“We got approval for the award of contracts for the establishment of a fire truck maintenance and refurbishment centre in Katsina State and this is a very critical procurement for us. It is to attend to all the issues we are having with fire tenders all over the country.

“Past governments used to shift this firefighting equipment back to Europe where they were manufactured, just to get them refurbished and brought back at a cost and time; thus exporting our labour and foreign exchange but the Buhari government decided that we should establish one of such centres.

The Minister said when fully established, the centre will cater for aviation firefighting trucks as well as other heavy-duty vehicles.

The Aviation Minister disclosed that with time, as the workers in the centre gain experience, the centre will go into the assembly of such trucks here in Nigeria and eventually begin to manufacture such vehicles locally.

He added that N3, 985, 432, 685 was approved for the construction of the building that would house the maintenance centre.

Sirika also disclosed that the ministry got approval for the full business case for the establishment of a maintenance and overhaul facility in the country, where aircraft would be maintained.

“In this particular case, we will be doing the maintenance of aircraft here, once the facility is established. This business case is for 30 years and a consortium will carry out the work and they will be paying a fixed fee of $30, 000 in the first year with annual escalation rate of three percent payable annually and in advance,” he explained.

In another development, the Nigerian Government also approved the construction of the Lekki-Epe Passenger and Cargo InternationaI Airport in Lagos State.

The Aviation Minister presented the Certificate of Approval to Governor Babajide Sanwo-Olu during the Lagos Economic Summit.

He said the Murtala Mohammed Airport is congested, and that the creation of the new airport in Lekki is apt to the innovations in that part of Lagos.

According to the Minister, the federal mandate to the state government on the airport project enjoyed accelerated approval, because of the growing need to further link Lagos and Southwest to international markets and regional trade.

The project, the Aviation minister said, would transform the Gross Domestic Product of Lagos and create jobs for the national economy.

He said the airport would complement the existing Murtala Muhammed International Airport whose operation is overstretched.

“There has been an expansion in Lagos, from Eko Atlantic City to Lekki Free Trade Zones. This growth necessitated the need for another airport in Lagos. We will deploy our statutory agencies to ensure the project is done in compliance with international standards,” Sirika said.

On his part, Governor Sanwo-Olu said that he was excited about the project, stressing that Lagos would be better accessible for the businesses within it.

“For us, it is all about partnerships with the Federal Government and the ministry of aviation, but the real beneficiaries are the citizens, the businesses we are trying to activate more.”

The governor noted that the real beneficiaries of the airport will be the citizens and the businesses as it offers them a platform to thrive.

He described the approval as another successful step forward towards delivering his administration’s agenda of Greater Lagos and keeping the state on the path of irreversible economic prosperity.

“The foundation of growth is building requisite infrastructure and creating platforms for businesses to thrive. This aviation infrastructure will reduce journey time and make commercial hubs in Lagos easily accessible.

“It would help investors to make the best local and international business decisions, given all the investments that have been brought to the Lekki Free Trade Zone,” he added.

The Lekki airport would be constructed around the Lekki Free Zone (LFZ) and is expected to assist manufacturers and other business owners within the zone to transport their products abroad.

The new Airport was planned for the Lekki axis since the initial planning for the Lekki Free Trade Zone during the administration of Former Lagos State Governor, Asiwaju Bola Ahmed Tinubu.