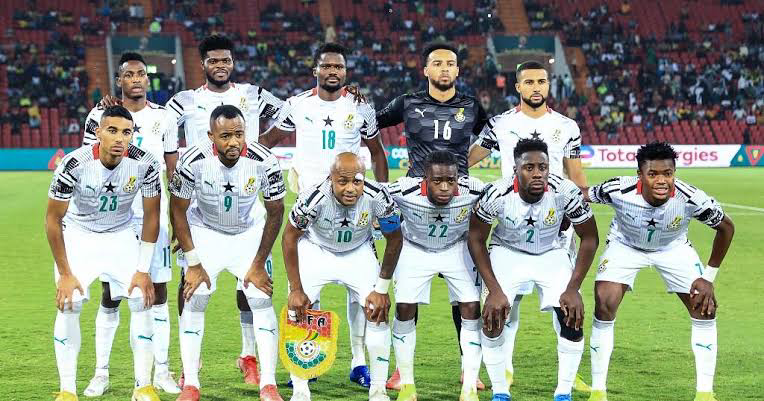 Ghana has finally unveiled a list of 27 players who would prosecute the two-legged World Cup play-offs against the Super Eagles of Nigeria this Friday and next Tuesday.

The unveiling of the list comes after mixed reactions trailed the delay, with some Ghanians suggesting it was part of their tactics to keep the technical team of the Super Eagles in the dark, and to hopefully spring a surprise on matchday.

However, the unveiling of the list has now put to bed that assumption. Notable absentee on the list is Captain Andre Ayew who is serving a suspension from this year’s AFCON. He got red carded in the last group game where they lost to debutants Comoros.

His brother and Crystal Palace forward, Jordan Ayew is also part of the squad even as he has now tested positive for Covid-19.

“The Back Stars will take on the Super Eagles in two matches scheduled for Kumasi and Abuja respectively as the search for a ticket to November’s FIFA World Cup in Qatar heats up.

“Ghana will host the 1st leg at the Baba Yara Sports stadium on Friday, March 25 before travelling to Abuja for the 2nd leg on Tuesday, March 29, 2022.

PREVIOUS POST President Biden heads to Europe to bolster West’s unity, toughen Russia sanctions
NEXT POST President Putin sending in ‘execution squads’ with orders to kill his own men if they try to flee Ukraine war