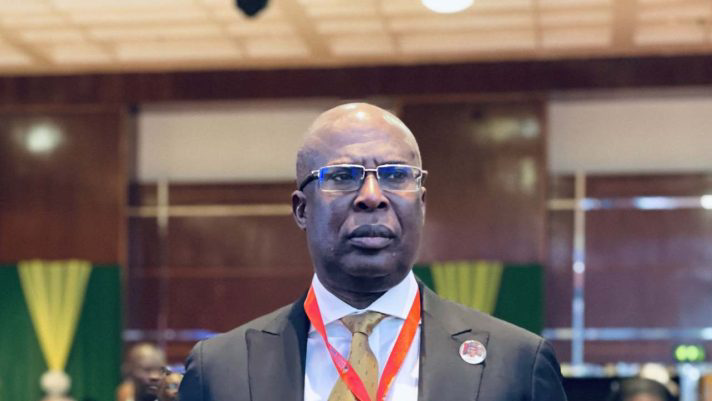 He made the assertion at the 2002 graduation of students of the Petroleum Training Institute (PTI).

The minister who was represented by Ambassador Gabriel Aduda, Permanent Secretary, Ministry of Petroleum Resources said the Federal Government was making concerted efforts to curtail the menace, however.

“Oil theft has denied the country of an estimated 700,000 barrels of crude oil per day. The adverse effect of this is the drop in the production of crude oil and decline in the national income,’’ he said.

He said the petroleum ministry would synergise with the National Assembly to ensure that adequate attention was given to the amendment of the PTI Act.

Sylva said that the institute could achieve more if the PTI Act was amended to enable the institute to have access to more funding.

He said the ministry had given PTI mandates in different areas of research into the use of local materials in crude oil production, stoppage of gas flaring and the commercialisation of gas, among others.

The minister advised the institute to embrace contemporary ways and methods to deliver on its mandates following global rapid changes in technology.

Sylva also advised the institute to liaise with relevant parastatal agencies of government and local and international oil companies for the continued upgrade of relevant training curricula.

Sylva congratulated the graduates and assured them that there were opportunities in the oil and gas industry.

“The skills you acquired will be pivotal in actualising the ever-evolving goals in the oil and gas industry.

“I am saying this confidently because the world still relies largely on hydrocarbons,’’ he said.

Earlier, Dr. Henry Adimula, the Principal and Chief Executive Officer of PTI said 1,156 graduates would receive diplomas and certificates for the 20220/2021 academic session.

Adimula said PTI’s vision and mission, anchored on competence and capacity, had distinguished it as a Centre of Excellence for human capacity development in the oil and gas industry in Nigeria and beyond.

He appealed to the National Assembly and major stakeholders in the oil and gas sector to support the amendment of the PTI Act.

According to him, the amendment will enable the oil and gas institute to perform its duties effectively in line with the global trend.

“The infrastructure of the institute is presently overstretched and needs refurbishment, innovation, and complete replacement of others,’’ he stressed.

Adimula congratulated the graduates and assured them that their training had prepared them for available opportunities in the oil and gas and allied industries and also in renewable new and cleaner sources of energy.

One of the graduates, Miss Hope Oseh thanked God for the successful completion of her National Diploma programme.

The News Agency of Nigeria (NAN) reports that the ceremony was part of activities lined up to mark the 50th anniversary of the PTI.

A highlight of the event was the presentation of awards to distinguished individuals including the Ovie of Uvwie Kingdom, Dr. Emmanuel Sideso Abe