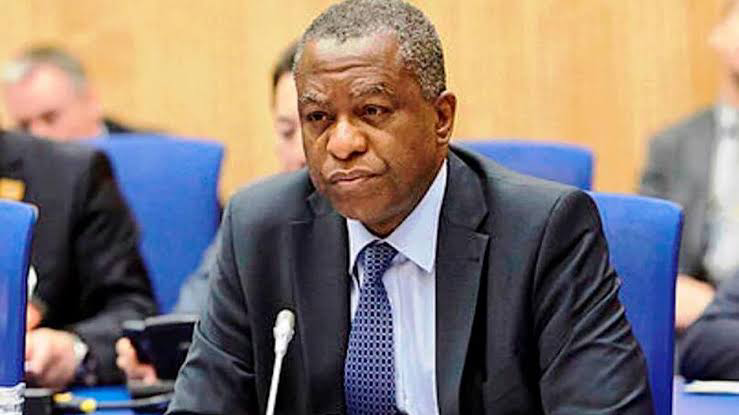 The Nigerian government says it is engaging with foreign countries to mitigate threats that could come from outside the country and blunt attacks from terrorists.

The country is also asking foreign missions to ensure that their actions and utterances are constructive, and do not cause unnecessary alarm in a way that can destabilize the country.

The country’s Minister of Foreign Affairs, Geoffrey Onyeama stated this on Monday while briefing State House correspondents after an emergency meeting of the National Security Council presided over by President Muhammadu Buhari.

Onyeama said that the Ministry of Foreign Affairs is working closely with the Nigerian Intelligence Agency and is fully on top of the situation.

“This is just to reassure the country that we are in full engagement with foreign partners and that our national security personnel are fully on top of the situation and there is really no cause for alarm.

“We want to push more for greater coordination and synergy with our foreign partners and make sure that the cooperation with them is a constructive one and not alarmist one.”

According to Onyeama, pronouncements like the one issued to American citizens has been the norm of the United States.

He said that Nigeria engaged the US on the issue of the travel advisory to their nationals and that “their response was that they are obliged to put out those kinds of statements, normally, travel advisories.”

Explaining that the level of engagement with the foreign partners were across the board, the minister said it was aimed at sharing intelligence and to ensure that such travel alerts do not create panic.

National Security Adviser, Babagana Monguno, who was also at the briefing assured Nigerians that the “situation is under control” as security agencies are working to ensure that security in the Federal Capital Territory and other parts of Nigeria is not breached.

“I’d like to first and foremost reassure all the citizens of this country that any exaggerated sense of insecurity any hype about the disintegration of our security forces, intelligence agencies is unfounded.

“I want to assure Nigerians that, so far, the situation has been under control, the intelligence and security agencies have made a lot of arrests.

“They are evaluating; they are exploiting all the materials in their possession.  We are not in the habit of disclosing whatever has been done.  But the most important thing is that from the time this story started emerging until now, about a week to ten days, you can see that so far the situation has been brought under control.”

Also speaking, the Chief of Defence Staff, Lt. Gen. Lucky Irabor confirmed that five of the attackers who struck at the Wawa Cantonment in Niger State on the night of October 29, 2022 were arrested.

“The alertness of the troops led to the neutralization of the attackers and their vehicles that were laden with IED were impounded and five of those attackers were arrested.

“That is just to let you know of the level of alertness of members of the Armed Forces, the Police and other security agencies.”

Irabor also reassured Nigerians that the Nigerian Armed Forces, the police and security agencies are working round the clock to ensure that the lives and properties of Nigerians are protected.

He advised Nigerians to go about their normal duties as the Armed Forces are well poised to protect them accordingly.