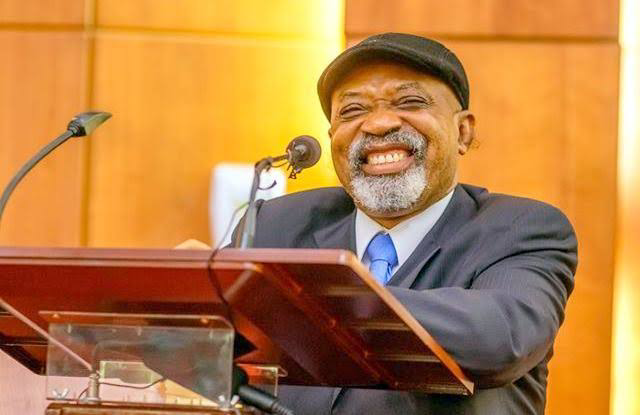 Minister of Labour and Employment, Sen. Chris Ngige, has joined the race for the presidential seat.

His media office stated on Sunday that the minister had been consulting stakeholders in his All Progressives Congress (APC) party as well as stalwarts of opposition political parties.

He is scheduled to publicly declare his intention on April 19, the media office stated.

It added that Ngige gave his explanation for consulting opposition political parties when he addressed his supporters at Amansea, a border town with Enugu State after visiting Gov. Ifeanyi Ugwuanyi.

The media office stated also that Ngige’s standpoint was informed by his belief that his aspiration had a cross-party appeal.

“I visited Enugu State governor as part of my nation-wide consultation. Even though he is in PDP, he is an Igbo man.

“He is a very realistic, discerning person. Don’t forget also that Enugu is the capital of the former Eastern Region. And you know that respect is reciprocal.

“Over the week, I also consulted some other Nigerians not allied to any political party. Therefore, I had to consult the Enugu State governor over my intention to contest and to seek his views too.

“He told me to kick the ball into the net.

“So this journey is not for APC members alone. Our brothers in PDP are easily agreed that I tower above some of the persons aspiring to the position in their party.

“I have no fear whatsoever. I am equal to the task. Even our brothers in the All Progressives Grand Alliance (APGA) will join us in the task ahead,’’ Ngige was quoted as saying.

The minister said also that his antecedents, stewardship as a civil servant, governor, senator and minister stood him apart.

“What we did in Anambra in 34 months, those who did eight years have not done them.

“I did 34 months during which I laid the foundation for the new Anambra. I didn’t just lay the foundation; I also took the house beyond the lintel level.

“I built schools, returned schools to the missions, rescued Odumegwu Ojukwu University from the status of a glorified secondary school – built structures there and secured accreditation for 15 courses including Law and Medicine.

“I rehabilitated and upgraded our general hospitals, including Enugwu-Ukwu, Onitsha and Amaku in Awka and restructured the state’s civil service and also introduced examination as basis for promotion.

“I built more than 500km of roads across all senatorial zones that are still standing today.

“I also inherited N42 billion debts when I assumed office. I didn’t talk about it. I put my hands on the plough and started working and cleared arrears of pensions and salaries, among others,’’ Ngige was also quoted as saying.

Ngige added that he had an advantage of being part of this government and part of the 7th Senate.

“I’m well equipped for the job,’’ he stressed.

“I plan to re-engineer Nigeria the way I re-engineered Anambra. April 19 is the date. Let all roads lead to Alor where the matter will be laid to rest,’’ Ngige quipped.