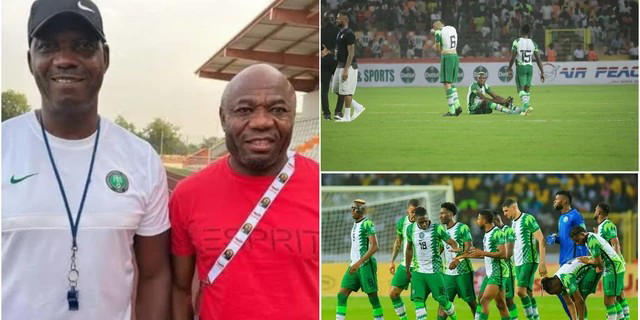 With immediate effect, Augustine Eguavoen has stepped down from his position as Technical Adviser in what is a total overhaul by the NFF.

The failure to qualify for the World Cup has cost the Super Eagles Technical crew.

NFF General Secretary, Dr Mohammed Sanusi in the statement said, “We thank the coaches and team officials for their service to the nation and wish them success in their future endeavours,”

The NFF parted ways with German manager Gernot Rohr just before the 2021 Africa Cup of Nations (AFCON) and appointed Eguavoen in charge.

Pinnick hinted at the possible hire of Portuguese manager José Peseiro but continued with Eguavoen who could not qualify Nigeria for the World Cup.