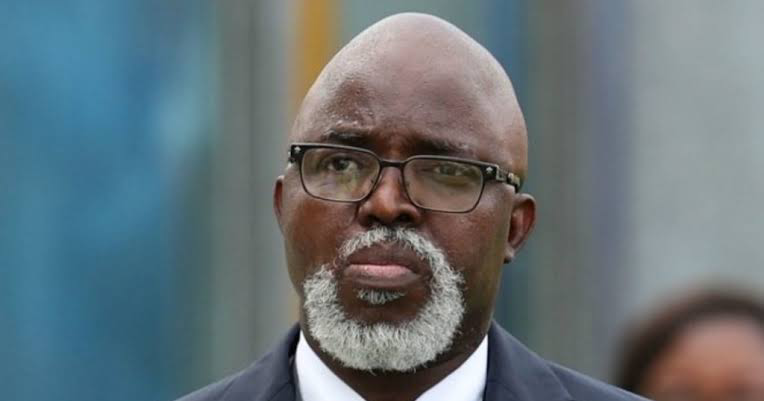 The President of the Nigeria Football Federation (NFF), Amaju Pinnick, appears to have jettisoned his plans of vying for a third term in office when his current tenure expires in September.

There has been immense pressure from many quarters for Pinnick to resign following Nigeria’s failure to qualify for the 2022 World Cup while some other sections had been championing a third term for the former Delta State Sports Commission boss.

Mr Pinnick, however, on Friday, cleared the air on his purported third term ambition and how his involvement in football administration over the years has taken a toll on his relationship with his family.

The NFF President, while speaking on Arise TV, admitted his tenure has been a bumpy one and he will have to give room for others once his tenure expires in September 2022.

“It has been a very turbulent ride for Nigerian football,” Pinnick stated.

“I’m eligible to run according to the statutes.

“Do I want to run? It’s a no-no. My family is very key to me. They said it’s taking a toll on me and the family.

“They believe that I’ve done my best, and it’s time to move on. It’s a regrettable decision, but it’s the best,” Mr Pinnick revealed.

While his scorecard on football development at home is nothing to write home about, Mr Pinnick, since emerging as NFF President in 2014, has expanded his personal frontiers beyond Nigeria and he is now seen as a global figure as far as football politics is concerned.

Among other accomplishments, he is seen to have spearheaded the successful campaign of South African Patrice Motsepe to become President of the Confederation of African Football.

Pinnick himself became only the third Nigerian to win an election into the FIFA Council – the highest decision-making organ in world football. He is also a Member of the CAF Emergency and Executive Committees.