Next government to inherit N71.5tr debts, liabilities after May 29 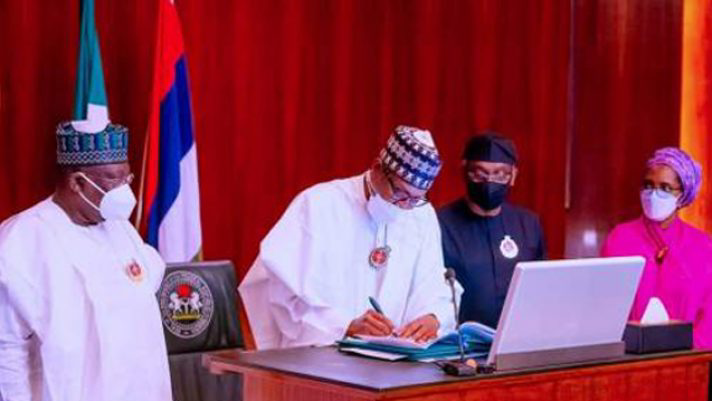 The figure does not include undocumented contingent liabilities to university lecturers, public school teachers and other public employees to whom government is indebted.

Analysts say these undocumented liabilities could run into several trillions. The figures also exclude other pending financial liabilities to non-lending bilateral and multilateral institutions. These include regional and global institutions the country subscribes to as a member.

While the traditional debt stock of the central government has ballooned from less than N10 trillion as at June 2015, a month into the current administration, to N35.7 trillion in June 2022, FG has revealed that its debt obligations to road contractors are about N11.16 trillion.

During a recent budget defence, the Minister of Works and Housing, Babatunde Fashola, said government is committed to highway contractors to the tune of about N10.4 trillion even as a total of about N765 billion relates to unpaid certificates for executed works.

Of Nigeria’s documented N42.8 trillion sovereign debts as at June, FG’s obligation stood at N35.7 trillion. The amount does not include the controversial Central Bank of Nigeria (CBN)’s estimated N20 trillion overdraft extended to the Federal Government.

Besides, government’s “contingent liabilities” to different institutions and projects stood at N4.6 trillion at the close of last year. The figure is projected to reach N4.98 trillion by December and jump by as much as 50 per cent to N7.52 trillion next year when the current administration is billed to hand over.

The liabilities, interestingly, do not capture dues to the Nigeria Union of Teachers (NUT), Academic Staff Union of Universities (ASUU) and several other labour groups.

Obligations relating to the country’s ongoing bilateral and multilateral financial commitments are also not captured. These categories, according to Prof. Godwin Owoh, an economist and debt management consultant, add to the country’s real debts.

Effectively, President Buhari’s administration will be passing well over N72 trillion in debt and contingencies to a new administration in May, next year. Other officially undocumented figures when added will push the sovereign debt towards N100 trillion.

Apart from concerns about the cost of servicing the bloated CBN overdrafts, stakeholders are worried about government’s silence on how it intends to liquidate the supposed short-term facility.

Last year, the Debt Management Office (DMO) said the facility would be converted to a 30-year instrument. This was to be done in line with the debt management strategy of the administration, which leans towards long-term maturing.

The Minister of Finance, Budget and National Planning, Zainab Ahmed, followed up with confirmation of the securisation plan, but it drew a shocked reaction from experts who warned that the plan was alien to Ways and Means (W&M) management and runs foul of the CBN Act.

Section 38 of the CBN Act says the apex bank could extend overdrafts to the Federal Government to tackle a temporary shortfall in revenue. It, however, states that any outstanding overdraft shall not exceed five per cent of the previous year’s actual revenue of government.

It added that the amount lent should be repaid “as soon as possible” and that the power to extend the credit line shall not be exercisable subsequently, should the government fail in liability to repay at the end of the financial circle.

IMF had called on the apex bank to subject the facilities to the ambit of its enabling loan. Other experts have also called on CBN to liquidate the amount and call off the lifeline to rein in inflation, which has crossed the 20 per cent mark.

The Federal Government, at the weekend, blamed its penchant for borrowings on oil theft. This might not be unconnected to the recent advice given to government by DMO as regards massive borrowing.

DMO Director-General, Patience Oniha, at a workshop for Senators and House of Representatives on Thursday, said revenue growth should be accelerated and loans obtained should be invested in revenue-generating infrastructure to service debt. She also advised government to prioritise revenue generation other than increase borrowing.

But the Minister of Labour and Employment, Dr Chris Ngige, who spoke at the eighth meeting of the National Employment Council in Abuja, said oil theft forced the current adminstration to resort to borrowing.

Nigeria has been unable to meet up with the OPEC product quota as a result of unprecedented theft in the oil sector. This development, according to Ngige, has continued to hamper efforts of government towards providing necessary social services to the country’s teeming youthful population.

He said: “Now, we cannot even produce the 1.8 million barrels. We are hovering around 1.1 million barrels per day, and they told us that some people are stealing our crude oil. This is a very serious matter because it has made us become very mendicant. We are now a mendicant nation, resorting to begging for survival,” he added.

MEANWHILE, an economist, Prof. Pat Utomi, has attributed the nation’s rising debt to poor management and inability to monitor implementation of projects at all levels.

“A new minister comes, awards contracts and does not monitor what was done; the minister’s boys play their own game. Now if you awarded a contract for road construction in naira last year, with the rising exchange rate, the money is irrelevant this year.

“The corruption that is going on in the bureaucracy is so much, it has developed a huge bubble that they can not manage it again and this has added to our problem as a country.

“When you do not pay contractors, they lay-off workers and tax collection shrinks and unemployment increases and the economy cannot grow.

These are the problems we are facing currently.”To ameliorate the situation, Utomi said there is a need for a new government to adopt a zero-based model to put all the debt into proper context .

“We need proper renegotiation and payment to spread over a particular period. The new government needs to look at a variety of options to deploy to achieve multiple goals and stimulate economic activities and deal with inflation.

“There must be a new policy going forward to guide project management. Government does not need to award a contract that is not cash-backed, if you do, a successor may come and will not pay attention to them and the debt will continue to stockpile there.

“We need a fiscal responsibility act that covers all these. We need not go too far from achieving a balanced budget,” he added.

Former President of the Chartered Institute of Bankers of Nigeria (CIBN), Uche Olowo, said government should be holistic on its comprehensive total debt before finding ways to tackle the problem.

He pointed out that the nation’s rising debt is surmountable if government can securitise the total debt to create an opportunity for a long-term repayment plan, to reduce the burden of repayment.

According to him, there is also the need for government to initiate policies that will encourage growth, boost productivity and jumpstart the economy.

“Government must also create a value chain for agricultural development because the sector is a huge employer of labour. Then labour-intensive policies will also help.

“Moreso, policies that will encourage the private sector to produce and invest are also key. We must find a way to ensure that the creative industry and other sectors that would stimulate growth and jumpstart the economy are prioritised.

“The debt profile is rising because government is not generating enough revenue from taxation and they have to borrow to implement their policies and even with the borrowings, the economy is not growing.”

“The debt is very high but with the right leadership and people at the helm of affairs, policies would be properly executed. Nigeria remains a frontier for growth,” he said