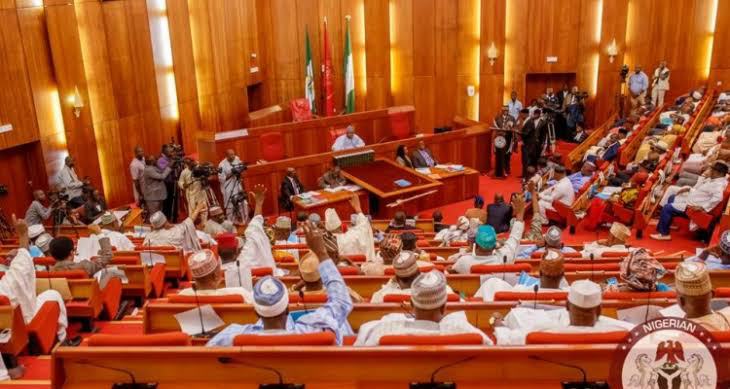 The Senate yesterday passed for second reading, a bill which seeks to remove the Governor of the Central Bank Nigeria (CBN) as Chairman of the board of the apex bank.

The CBN Act No. 7 of 2007 makes any incumbent Governor of the bank to also serve as Chairman of its Board.

However, the Senate through a bill sponsored by Senator Umar Sadiq Suleiman (APC Kwara North ) is currently seeking the appointment of a person other than a sitting CBN Governor to be the Chairman of the Board.

The Senate in the bill, also seeks to divest the board of CBN’s powers of determining and fixing salaries and allowances of its members and considering and approving the annual budget of the bank.

Umar in his lead debate on piece of legislation titled, “A Bill for an Act to amend the Central Bank of Nigeria (CBN) Act No. 7 of 2007 to enable the appointment of a person other than the Governor as the Chairmen of the board,” said central banks across the world, have different persons as Chief Executive and Chairman of board.

He said, “This bill as clearly stated, seeks to divest the Governor of CBN, chairmanship of the board as obtainable in other countries of the world.

“A different person with requisite qualification and required knowledge on monetary and financial policies, should be made chairman of the board.

“Separation of the two positions will enable any sitting CBN Governor to focus more on fiscal and monetary policies than politics of the Institution.”

However, counter submissions made by Senator Jibrin Barau (APC Kano North), Betty Apiafi (PDP Rivers South), among others, made the bill to scale second reading.

Apiafi in particular said the intended amendment was necessary in view of the way the incumbent CBN governor, Godwin Emefiele was branded as contestant for the presidential ticket of the ruling All Progressives Congress (APC) in May this year.

The Senate President, Ahmad Ibrahim Lawan, however, cautioned Senators to focus on the proposed amendment rather than dabbling into the alleged attempt by the CBN governor to contest as that wasn’t part of the general principles of the bill.

He thereafter put the bill for voice votes for second reading which secured approval of majority of the Senators, making him to mandate the Senate Committee on Banking, Insurance and other Financial Institutions to work on it and report back in four weeks